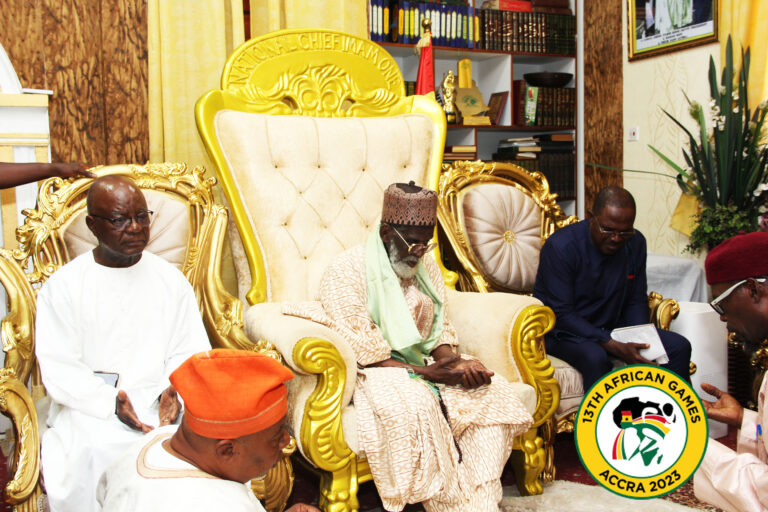 Dubbed ‘Sallah Games,’ the competition will take place at the end of the Ramadan and is also aimed at creating awareness about the upcoming African Games in Ghana next year.

The Executive Chairman of the LOC, Dr Kwaku Ofosu-Asare, made the disclosure yesterday when he led a delegation of the LOC board to pay a courtesy call on the National Chief Imam at Fadama in Accra.

Briefing
Dr Ofosu-Asare briefed Sheikh Sharabutu about Ghana’s preparations to host the continental showpiece for the first time since its inception in 1965.

“After the African Games which we are expecting 5000 athletes and 2000 officials, the facilities used for the games will be transformed into the University for Sports Development,” he revealed.

The LOC boss stated that the African Games would open opportunities for the business community and enhance tourism in the country while improving upon the existing infrastructure of the country.

He noted also that the Muslim community would play a pivotal role in organising the games hence the need to involve the highest authority into the organisation of the event.

Endorsement
The Chief Imam after praying for the board lauded them for their work for the nation and stressed the importance of such events as they help to bring about unity and oneness in society.

Shekh Sharabutu pledged his full support for the Sallah Games and promised to be present when the competition comes off at the Fadama Astro Turf Park in Accra.