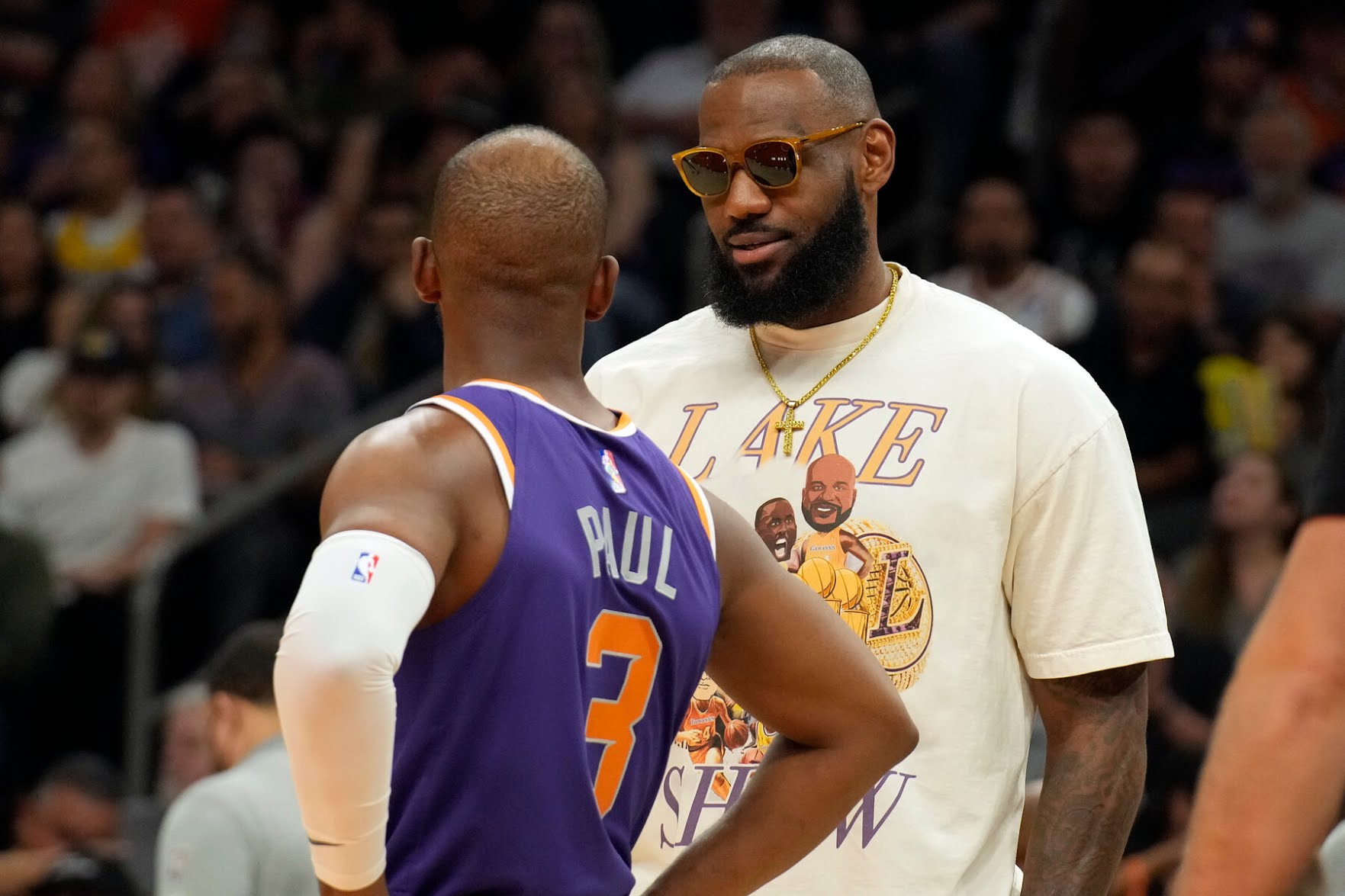 The Los Angeles Lakers’ last glimmer of hope for this season is gone.

With LeBron James watching from the bench, the Lakers lost to the Phoenix Suns on Tuesday night, ending their chances of making the playoffs. A win by the San Antonio Spurs over the Denver Nuggets earlier in the evening made the Suns game a mathematical must-win for the Lakers to stay in contention for the postseason.

The Lakers lost seven consecutive games beginning in late March, allowing the Spurs to eclipse them for the 10th-best record in the Western Conference and a spot in the N.B.A.’s play-in tournament, which will decide the seventh and eighth seeds in the playoffs that begin April 16.

During the Lakers’ seven-game slide, James and Anthony Davis played together only once, highlighting a problem they have faced all season.

Davis returned April 1 after missing 18 games because of a right mid-foot sprain. James has been managing soreness in his left ankle, which has caused him to miss five of the team’s last seven games.

Since the league’s All-Star break in mid-February, the Lakers have the second-worst record in the West, having won only four games. Only Portland has been worse.

It is also the second time James has missed the playoffs since joining the Lakers in 2018, when he came to Los Angeles following eight consecutive appearances in the N.B.A. finals with Miami and Cleveland.

During his first season with the Lakers, James joined a young team that featured Lonzo Ball, Brandon Ingram, Kyle Kuzma, Alex Caruso and Kentavious Caldwell-Pope — all players who went on to be productive elsewhere.

James injured his groin in a Christmas Day game that season and played in just 55 games. The Lakers went 37-45 and finished 10th in the West, which, before the advent of the play-in tournament, gave them no postseason hopes.

They traded for Davis that summer and immediately won a championship in 2020, when the league finished its season in a bubble environment at Walt Disney World in Florida because of the pandemic.

Last season, which was shortened because of the pandemic, Davis was injured and played in only 36 of the 72 games. The Lakers went 42-30 and lost to the Suns in the first round as the seventh seed.

In the off-season, the Lakers looked to make themselves into championship contenders again. They traded young role players to the Washington Wizards for the aging nine-time All-Star point guard Russell Westbrook, whose $44 million salary made him the highest-paid player on the team this season. They hoped Westbrook’s playmaking ability would help the Lakers when they were without James, who typically runs the Lakers’ offense.

“I’m coming to a championship-caliber team and my job is to make sure that I’m able to make his game easier for him,” Westbrook said at his introductory news conference when asked about how he would fit with James. “And I’ll find ways to do that throughout the game.”

As the season began, very little went according to plan.

James missed 11 of the Lakers’ first 19 games because of injuries, the first suspension of his career and a false-positive coronavirus test.

Davis has played in only 40 games this season, missing several weeks with two different injuries — first a knee injury then the foot sprain.

Westbrook has struggled to find his footing. That led to Lakers Coach Frank Vogel, who has experimented with lineups all season, moving away from Westbrook in the closing minutes of games.

Westbrook’s 18.4 points per game are his lowest average since the 2009-10 season, his second year in the N.B.A. His rebounds per game (7.5) and assists per game (7.1) also dropped sharply from last season.

Still, with James in contention for the league’s scoring title, the Lakers had the ninth-best record in the West at the All-Star break, and a chance to force their way into the playoffs. But they couldn’t make the necessary late-season push.