Warriors rally from 19 down to beat Mavericks, gain 2-0 series lead 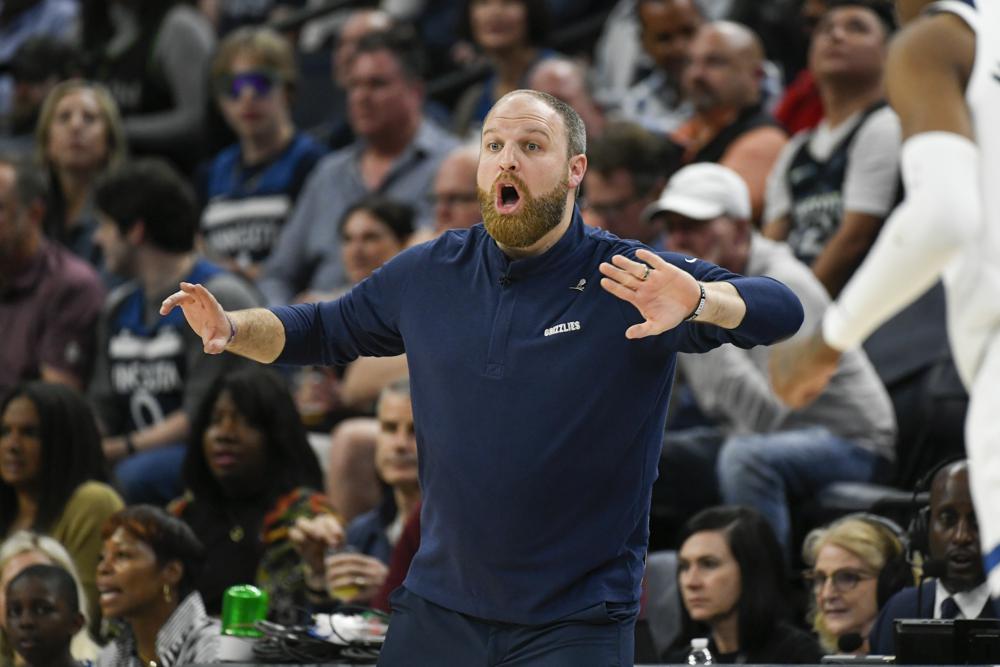 Memphis Grizzles coach, Taylor Jenkins insists he’s paying his own $15,000 fine for publicly criticizing the officiating in Game 4 of the Grizzlies’ series against the Minnesota Timberwolves despite the offer from a couple of players to cover it.

“I appreciate it, but not a chance,” Jenkins said with a smile Monday.

The NBA fined Jenkins on Monday for his comments to the media following the Grizzlies’ 119-118 loss Saturday night in Minneapolis.

The Timberwolves relentlessly attacked the basket and went 31 for 40 from the foul line. Jaren Jackson Jr. fouled out with seven points, and 25 of the Grizzlies’ 33 fouls were called on their starters.

Karl-Anthony Towns, who took four shots and had just eight points in Game 3, hit 14 of 17 free throws and was the catalyst down the stretch, with 13 points in the fourth quarter for Minnesota.

Jenkins made it clear Monday his Grizzlies have to play better as the No. 2 seed in the Western Conference, tied with Minnesota at two games apiece going into Tuesday night’s Game 5. He said they watched film Monday and can help themselves by being more disciplined in a tight series.

“We’re committing stuff that we can correct, so if we can do that, hopefully we have a chance to get stops, get on a run,” Jenkins said. “When teams are shooting from the free-throw line, it slows down our pace.”

In the series, Memphis has fewer fouls (99) than Minnesota (118), with the Grizzlies having a sizeable advantage in free-throw attempts (131 to 111).

Jenkins, 37, started as an NBA assistant with Atlanta in 2013. He had a short response when asked about Beverley’s comments: “I care about the people that are closest to me.”

Both Dillon Brooks and Ja Morant said afterward they’d pick up any fine their coach drew for criticizing the officiating in Game 4.

“We got to go out there and figure it out ourselves,” Brooks said.

Jenkins’ fine was the first for a Grizzlies coach in the playoffs since then-rookie head coach David Fizdale was fined $30,000 in April 2017 after criticizing the officiating with a rant known for his “Take that for data” comment after a second straight loss to open a first-round series with San Antonio. Memphis won the next two games