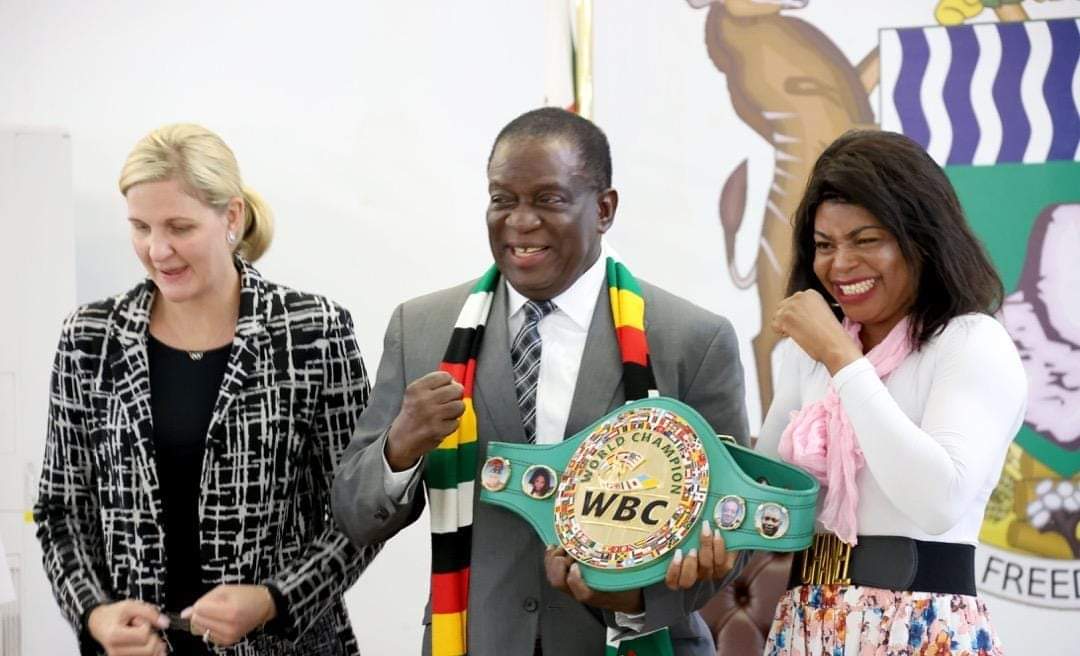 The interim super bantamweight champion of the World Boxing Council, Kudakwashe Chiwandire, was received and recognised by the President of the Republic of Zimbabwe, Emmerson Mnangagwa, at the State House.

Chiwandire made history by becoming the first Zimbabwean to win a World Boxing Council world title, after defeating former champion Catherine Phiri of Zambia in February.

President Mnangagwa, who has been a great promoter of the sport in that country, reiterated to the champion his support and the pride that she has given Zimbabwe by achieving the prestigious green and gold title.