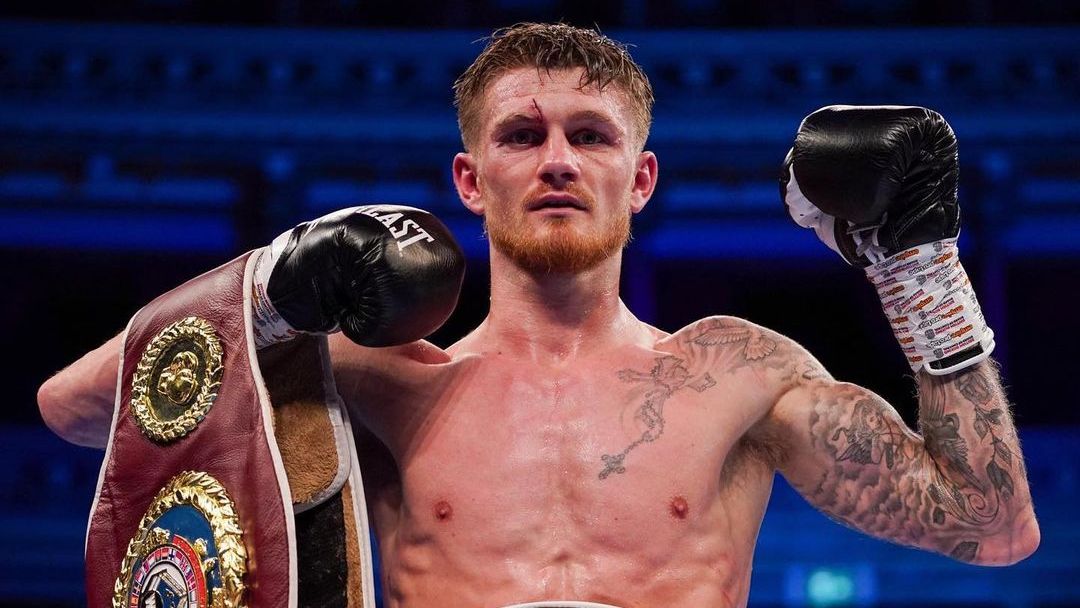 Archie Sharp says he has the game-plan to cause Shakur Stevenson problems and believes the American is worried about fighting him.

Sharp is backing Stevenson to become unified super-featherweight champion this weekend when he faces Oscar Valdez in Las Vegas – and ‘Sharpshooter’ wants to be his next opponent.

Stevenson is the WBO title holder and Sharp has been breathing down his neck, as the No1 ranked contender with the sanctioning body, since November.

The Essex fighter admits he faces a “crucial” period in his career to turn his lofty rating with the WBO into the position of mandatory challenger for Stevenson.

“A lot of people are running away from Stevenson and for good reason, he’s a very good fighter and people are saying he’s the next big thing, but everyone who has fought him has come in with the same game-plan,” said the unbeaten Sharp.

“He is wary of me because I am so unorthodox and that would cause him problems.  Other people are running away from him but I’m heading directly at him – I want that fight.

“But I need to get myself into the mandatory position with the WBO and so I have to be in good fights.  If I have to wait for Stevenson, then get me someone who is at world level.

“This is a crucial time for me because I need to keep my number one ranking with the WBO and I can’t afford to lose that spot.”

“I’m interested to see how Stevenson deals with the pressure if that’s the way Valdez fights,” added Sharp.

“He knows he can’t rush Stevenson because he is such a good counter-puncher.  I believe Stevenson will win but it is going to be so interesting if Valdez turns it into a dog fight.

“I’m a completely different fighter to Valdez so my tactics against Stevenson wouldn’t be to do that and Valdez must know that if you stand still in front of him, he will pick you off.”

Sharp has also mentioned the possibility of taking on fellow Probellum fighter O’Shaquie Foster, who won a WBC eliminator in Dubai, last month.