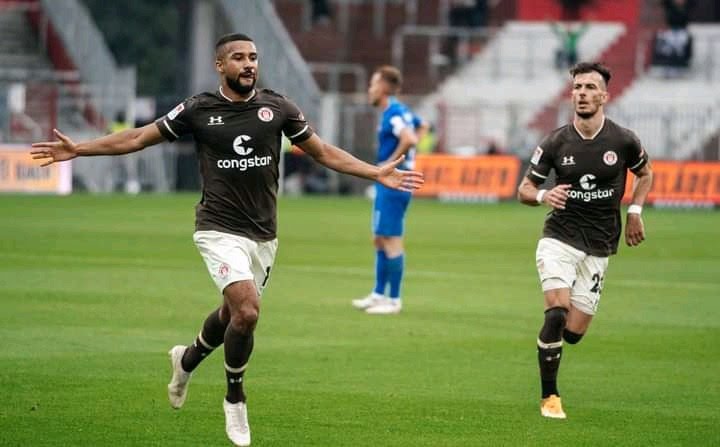 Black Stars attacking midfielder Daniel-Kofi Kyereh continued his impressive form in the Bundesliga 2 on Friday when he scored in FC St. Pauli draw with Nurnberg.

St. Pauli conceded very late in the game as they were held to a 1-1 stalemate at the Millerntor-Stadion which put a dent on their promotion hopes.

Kyereh opened the scoring of the match in the 74th minute when he converted a penalty kick to add to his goals tally in the season.

The hosts couldn’t hold onto their advantage as Nurnberg drew level in stoppage time through Taylan Duman.

The draw has seen St. Pauli drop out of the promotion places on the league standings falling behind Schalke 04, Werder Bremen and Darmstadt.

They are currently placed 4th with 54 points from 32 matches – two matches more left for the season to close.

Kyereh has now hit 12 goals and provided 9 assists in 28 appearances for St. Pauli in the German second-tier this campaign.