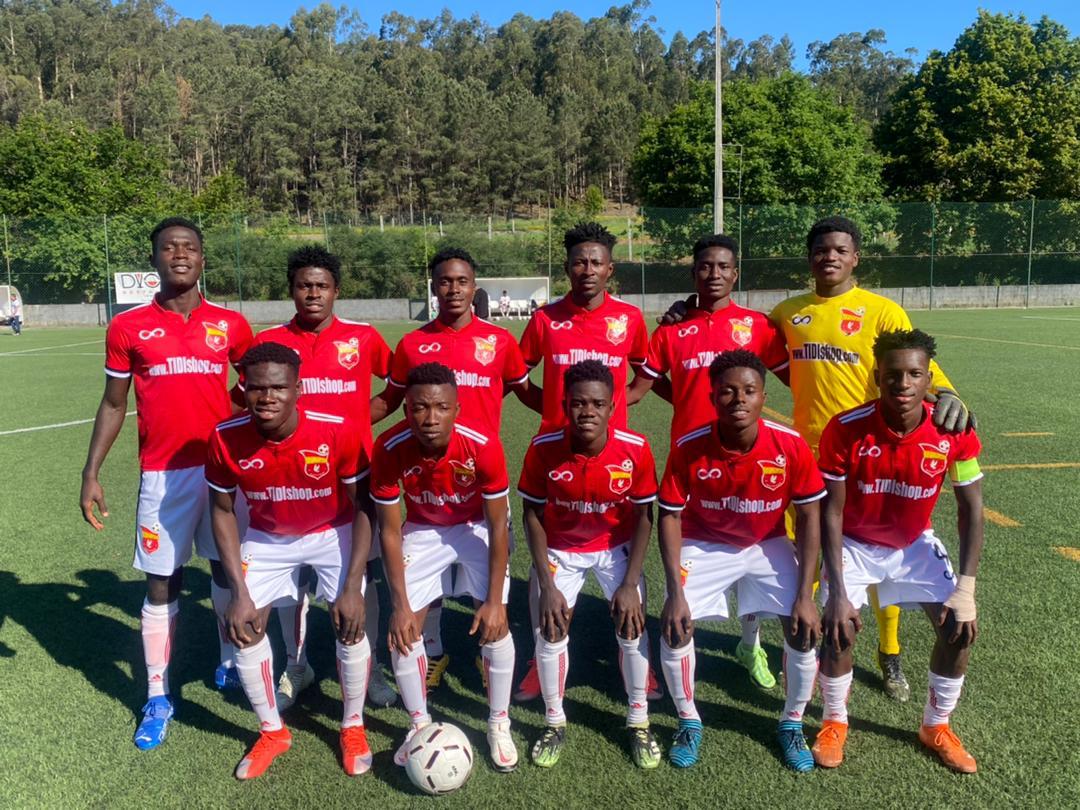 Players of Prampram-based Faith Soccer Academy have caught the eye of top Portuguese clubs after selling off series of captivating performances in their ongoing European tour.

So far, the prolific Ghanaian academy has played six games against same number of clubs at various levels in Portugal – winning three, drawing two and losing the other.

The Faith SA boys’ spectacular performance and pure demonstration of skill and talent, has generated a number of high-profile interests from various Portuguese clubs for their players to come aboard for pre-season training and possible contract signing.

The invitation from notable Portuguese clubs comes as a welcome news to the entire football academy and for the young, precocious talents.

“Really, it’s been a fantastic news for us to get such international attention and recognition – and we can only give glory to God Almighty,” the academy’s indefatigable General Manager and Chief Administrator, Jacob Oluaka Charway (aka Jah Rule) said.

The level-headed Chief Executive Officer of FSA, Mr Bright Williams has been thrilled by the performance of the players and the general output of the academy; so was the team’s Director Enock Akakpo.

Remarkably, the imposing performance by the academy players has also sparked enchanting reactions from two top Portuguese football agents and scouts – Antonio Francisco-Toze and Jonas Amartei, wondering why ‘these fantastic players haven’t gotten call-ups into the Ghana national Under-17 and 20 teams,’ goading that efforts need to be made ‘for these talents to find themselves in the national teams.’

“It is highly laudable and fascinating what the young academy from no other place than Prampram is doing for young football talents, putting Ghana on the football map and raising the flag of Ghana high,” they said.

Having rounded off the Portugal tour, the FSA have headed to France to continue with another series of games as part of their Europe Trial Tour and Immersion Programme organized by S2C Academie in France.