Ghana defender Andy Yiadom is Reading player of the year 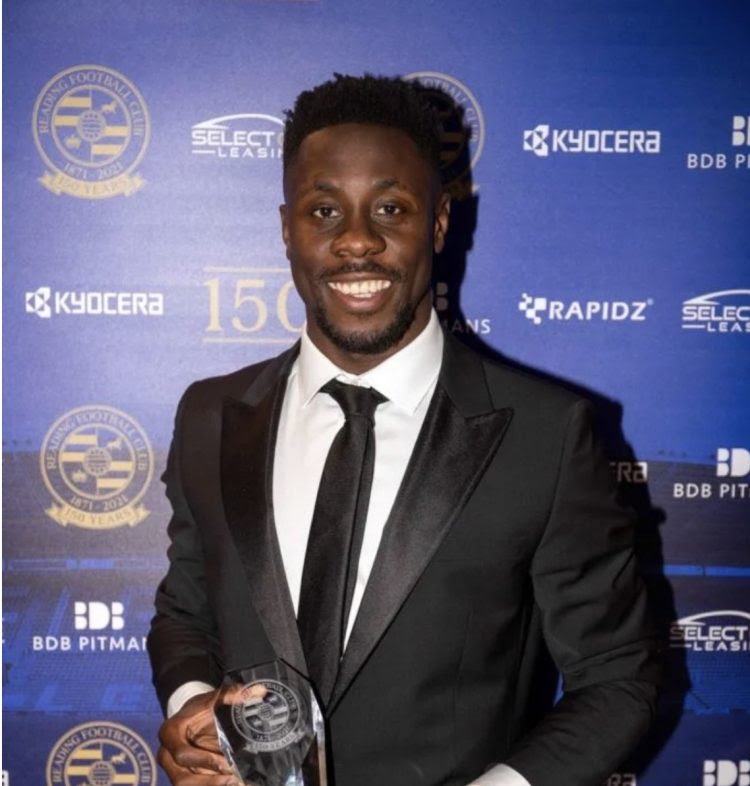 Ghana international, Andy Yiadom, has been voted Reading Player of the Season following an impressive showing in the Championship this campaign.

The 30-year old secured the most votes by fans of the club to be crowned the best player at Reading’s awards gala held on Wednesday night.

“We are very pleased to announce that Andy Yiadom has been voted by our supporters as the Men’s Player of the Season for 2021-22,” wrote the club on their official website.

“Supporters’ Trust at Reading hosted in-person votes at our home encounters with Cardiff City and Swansea City, and they were added to our online tally – and Yiadom’s name rose to the top. The presentation was made at the 150th Anniversary Gala Dinner at the Select Car Leasing Stadium on Wednesday evening.

“38 appearances, and 100% effort in every one of them. Flying up and down the right flank to affect matters at both end of the pitch; supporting the attack and putting his body on the line in the defensive cause.”

Andy Yiadom has been a consistent member of Reading this season as they kept their status in the English second tier.

The Black Stars right-back played a key role as Ghana qualified for the World Cup in Qatar after edging rivals Nigeria.

He was also a member of the Ghana team at the Nations Cup in Cameroon.