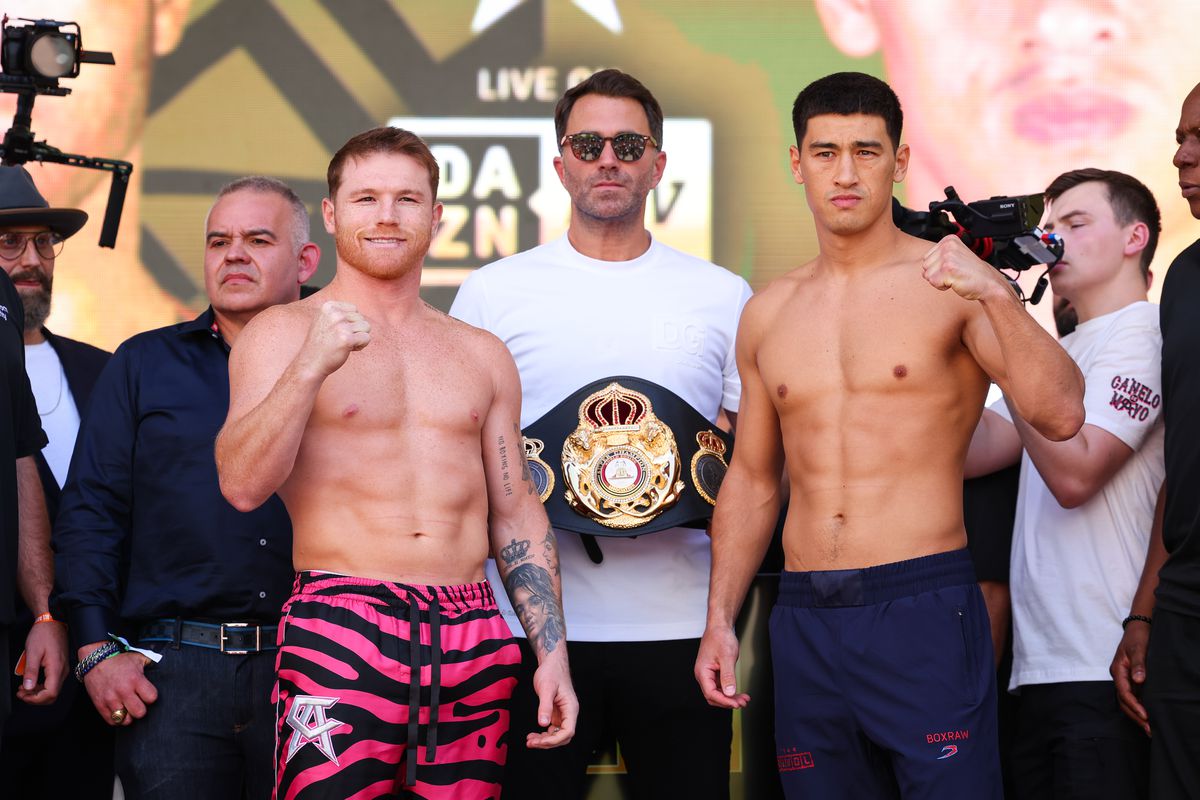 “I feel proud to represent my country this weekend,” Alvarez said after weighing in at 174.4 pounds (79.11 kg) outside T-Mobile Arena, where fans chanted “Mexico! Mexico!” and Mariachi music played.

Russia’s Bivol, whose World Boxing Association 175-pound title is on the line Saturday, weighed in at 174.6 pounds.

Although Bivol is the title holder, Alvarez is undoubtedly the main attraction in the Cinco de Mayo holiday weekend event.

The Mexican star (57-1-2 drawn with 39 knockouts) will be fighting at light-heavyweight for a second time.

He stopped Sergey Kovalev in the 11th round to win the WBO title in November 2019. He later vacated the title and moved back down in weight.

In November he stopped Caleb Plant in the 11th round to become the first man to unite all four of the super middleweight belts on offer.

Bivol takes to the scales to make weight

Capturing Bivol’s WBA belt could be a stepping stone to unifying the 175-pound division.

“I like this kind of challenge,” Alvarez said. “Expect everything from me, like always. I’m going to try my best, do my best in the ring. And, of course, we’re going to win.”

Bivol, 19-0 with 11 knockouts, will be making his fourth defense since he was made “super” champion in October 2019, and he wasn’t intimidated by the pro-Alvarez crowd.

“The people motivate me,” Bivol said. “All the time in boxing I’ve won many times. Why shouldn’t I win this time?”