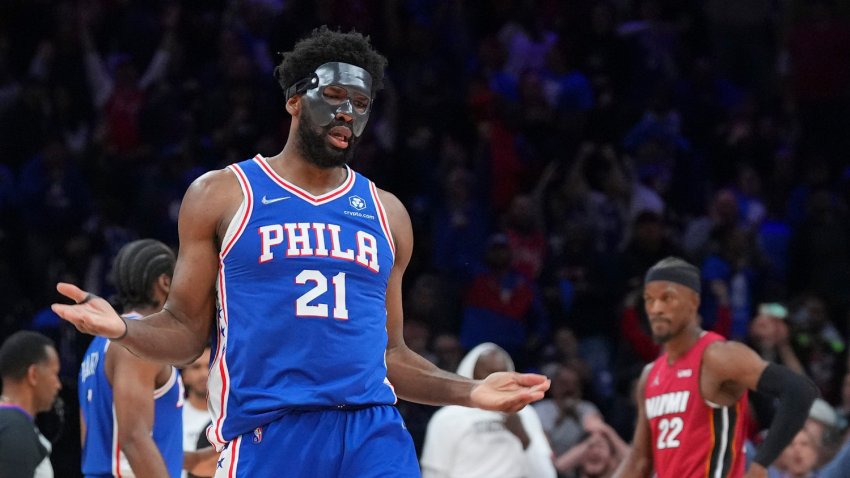 Officially, Joel Embiid’s return to the Sixers’ lineup for Friday night’s Game 3 against the Heat wasn’t confirmed until approximately 40 minutes before tip-off.

The NBA did not approve of how the Sixers reached that point.

The league announced Saturday night that the team has been fined $50,000 because it didn’t disclose Embiid’s status “in an accurate and timely manner.”

Embiid had been out since suffering a right orbital fracture and concussion last Thursday during the Sixers’ Game 6 win over the Raptors.

Late Friday morning, a team official said Embiid had cleared the NBA’s concussion protocol, participated in the Sixers’ shootaround, and remained listed as out. The Sixers upgraded Embiid to doubtful at about 12:30 p.m. That designation didn’t change throughout the afternoon. Embiid went through his pregame warmup routine with his protective mask on and then, as most observers would have assumed by that stage, was named one of the Sixers’ starters. He posted 18 points and 11 rebounds in the team’s victory.

Miami designated seven players as questionable for Game 4. It is typical for the Heat to give players that classification, then say they are “warming up with the intent to play.” That is generally equivalent to being available.

The injury report has often not been an exceedingly reliable indicator of a player’s status this postseason for both the Sixers and their opponents. During the team’s first-round series against Toronto, Gary Trent Jr., Thaddeus Young and Scottie Barnes played in games after being listed as doubtful.