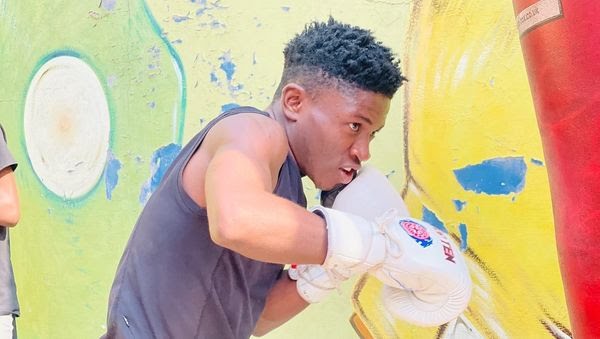 Young enterprising fighter, Mohammed Aryeetey, is expected to leave for Dubai tomorrow to take on Tanzania’s Msabaha Salum Msabaha in an eight-round flyweight contest at the Coca-Cola Arena on May 21.

The national flyweight champion, (7-0, 5 KOs), is looking forward to making a statement against Msabaha (10-2-1, 1 KOs) in his maiden fight outside Ghana.

In an interview with the Graphic Sports, Aryeetey said it was time for him to make a mark on the international stage.

He expects an emphatic win over the Tanzanian in order to stake a claim in the flyweight division.

“I will be fighting outside Ghana for the first time in my career and I can’t wait to take advantage of that to make a mark.

“I am going in for an emphatic win because I believe that is the only way to stake a claim in my division,” Aryeetey explained.

The undefeated Aryeetey will be making a return into the ring after knocking out Albert Commey in March. He made his pro debut two years ago.

Meanwhile, Aryeetey’s opponent, Msabaha, has been inactive in a year since earning a unanimous decision victory over Bato Tweve in May last year.