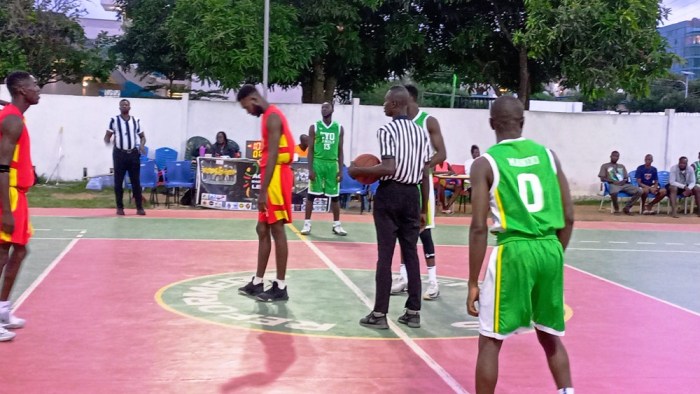 After losing to defending champions Reformers of Prisons in its last outing in the 2022 Accra Basketball League (ABL) Men’s Division I Regular Season, Ghana National Fire Service bounced back to winning ways.

Fire recorded a 52-33 win over St. Joseph’s CYO earlier today at the Prisons Court in Cantonments as the first round of league games draw to a close.

Ernest Ottu-Laryea was left alone in the paint and he easily converted a layup to commence proceedings. Andre Adusei scored one of two free throws in response for CYO.

With 4:03 minutes left in the half, Fire led 17-13. Clement Tetteh hit a three pointer and gathered a long pass from Gilbert Wood to score a late fast break point. Dugbennu hit a shot jump to put Fire up 24-13 at half time.

CYO edged Fire as both traded three pointers early in the third quarter. CYO missed a handful of shots and Dugbennu gathered a loose ball to register a breakaway dunk and hit another jumper. Idriss worked the ball into the paint to score CYO’s final points in the quarter; Fire led 37-22.