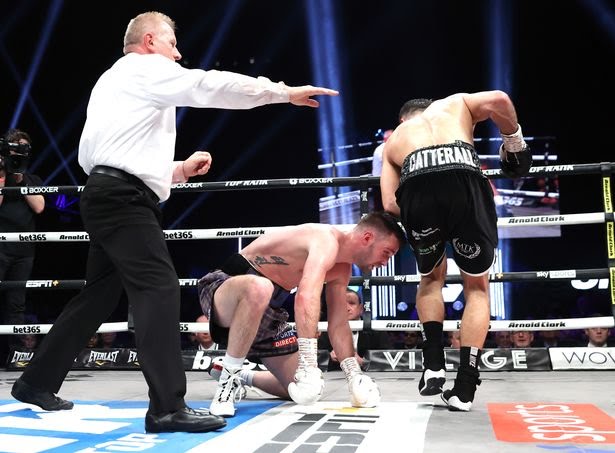 Jack Catterall insists Josh Taylor will ‘not be a man of his word’ if he ignores a rematch between the super lightweight rivals.

Taylor had vowed to face Catterall in a return of their highly controversial undisputed world title fight but is reportedly in talks to fight Jose Zepeda next.

The boxing world was outraged at the scoring of the February fight, after Taylor was handed a split decision victory, despite Catterall dropping the Scot as part of a dominate display in Glasgow.

After the fight, Taylor said he was planning to move up in weight but promised he would fight ‘El Gato’ at 147lbs in a rematch that the sport was calling for.

Yet Taylor, who has since vacated his WBA title, will remain at 140lbs but not does appear keen on fighting Catterall next, instead focusing on defending his three belts against Zepeda.

Catterall, speaking to TalkSPORT, says by refusing to fight him next, Taylor is tarnishing his reputation and denying the fans.

“I do believe there’s only one fight for Josh at 140 lbs and that’s against me… Ultimately, he cannot go and fight Zepeda and if he does, he’s not a man of his word,” Catterall said.

“He said we would have a rematch at welterweight or a catchweight, but now he’s decided to stay at 140 lbs. The fans are calling for it, I’m calling for it, it’s an easy fight to be made, let’s get it on.”

Taylor’s trainer, Ben Davison, is adamant that Taylor wants a rematch with Catterall, and exchanged messages with the Chorley hero on Sunday night.

Davison had posted: “The Catterall rematch is the fight he wants” which prompted Catterall, the People’s Champion, to reply: “I don’t’ think he does Ben”.

Taylor’s coach came back with: “I can assure you it is.  It’s the biggest fight that can currently be made in the UK, in my opinion.  Huge fight.”