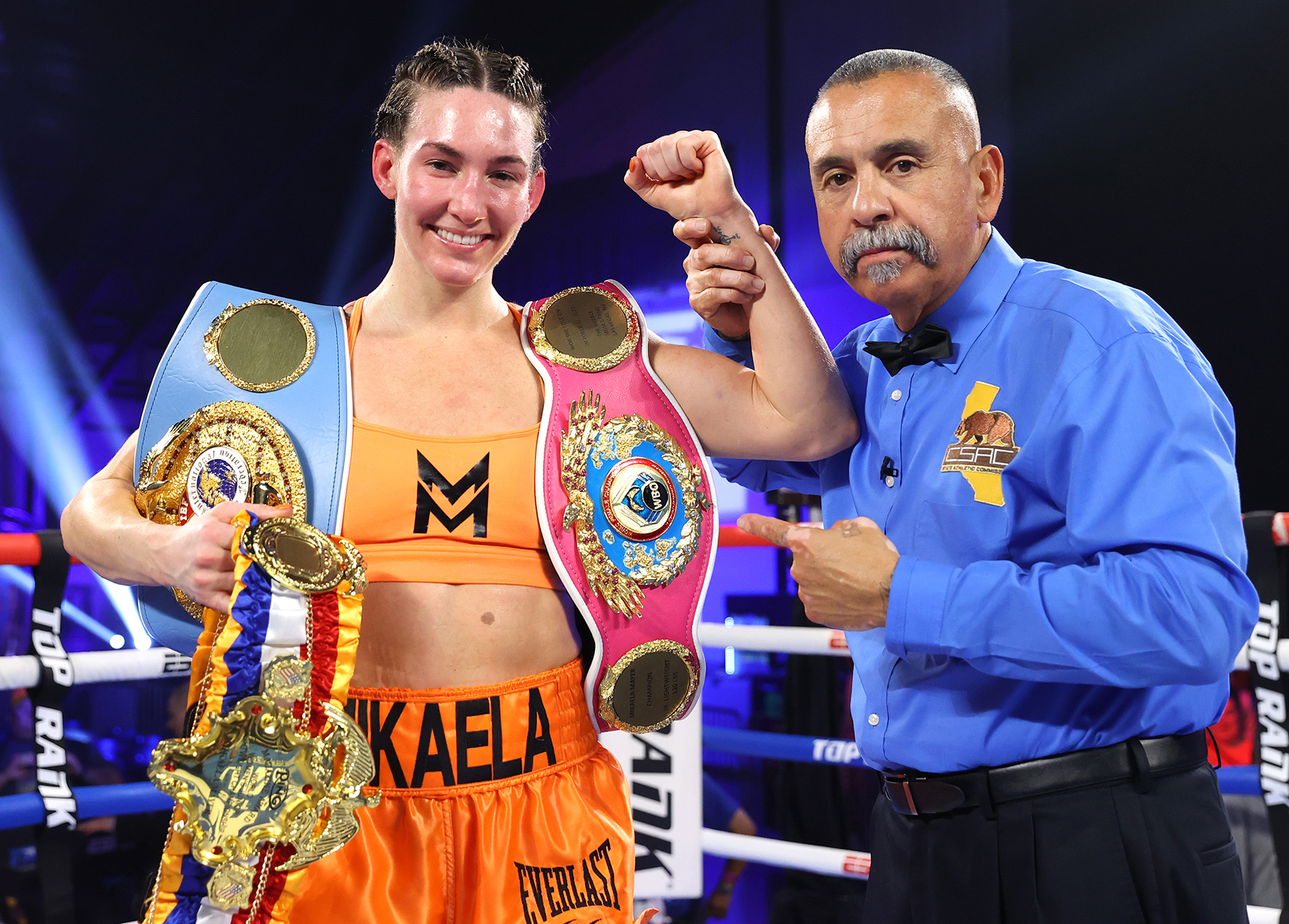 COSTA MESA, CALIFORNIA - APRIL 09: Mikaela Mayer is victorious as she defeats Jennifer Han during their WBO and IBF junior lightweight championship fight at The Hangar on April 09, 2022 in Costa Mesa, California. (Photo by Mikey Williams/Top Rank Inc via Getty Images)

WBO/IBF/Ring Magazine junior lightweight world champion Mikaela Mayer and WBC champion Alycia “The Bomb” Baumgardner have traded social media haymakers. Soon, the two pound-for-pound talents will throw down in a super fight that will establish the true queen of the 130-pound division.

Top Rank has secured the rights to the Mayer-Baumgardner title unification showdown, which will take place in late summer/early fall. Date, venue, and ticket information will be announced in the coming weeks.

“Mikaela Mayer’s prodigious talent is only matched by her tremendous ambition,” said Top Rank chairman Bob Arum. “She wants the biggest fights, and Alycia Baumgardner is a worthy champion. This is a huge event and one of the most anticipated matchups in women’s boxing.”

Mayer (17-0, 5 KOs) is a Los Angeles native who represented the U.S. at the 2016 Rio Olympics. She became WBO world champion in October 2020 with a one-sided decision over Ewa Brodnicka. Last November 5, she unified the WBO and IBF titles with a toe-to-toe barnburner against Maiva Hamadouche in the consensus Female Fight of the Year. The 10-round unanimous decision also earned Mayer the Ring Magazine belt.

Baumgardner (12-1, 7 KOs) burst onto the scene eight days after Mayer defeated Hamadouche. She traveled to Sheffield, England, and stunned British standout Terri Harper via fourth-round TKO to win the WBC title. She made her first title defense April 16 with a shutout decision over former unified world champion Edith Soledad Matthysse.