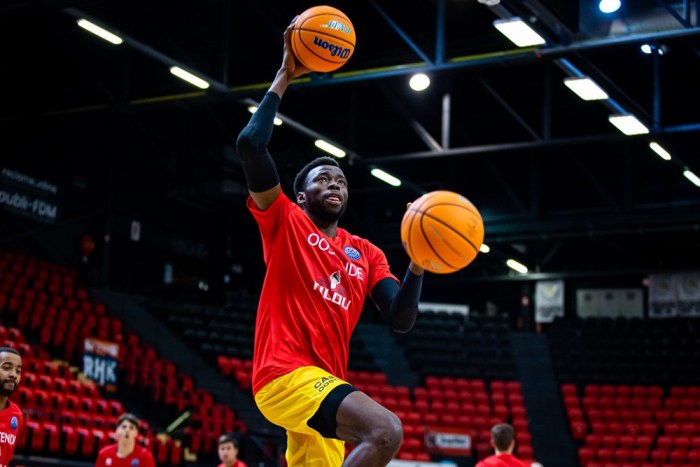 Ghana Center Amida Brimah has completed a shock recovery from a serious foot injury that was expected to keep out for the entire season including the playoffs.

However, the shot blocking defender has recovered in time to play for Filou Oostende as the perennial title winners attempt to scoop another Belgian Pro Basketball League title.

Oostende is battling Mechelen in the finals and the series is tied (1-1) heading to Game 3; Oostende won Game One via a 103-60 win while Mechelen responded with an 84-74 win in Game 2.

Brimah has played limited minutes thus far in the series as he works his way into prime game shape; he stated the motivation behind his remarkable recovery.

Despite his limited presence in Filou’s lineup, Brimah is still producing efficient numbers; In Game One, he played 5:11 minutes and registered two rebounds and four blocked shots.