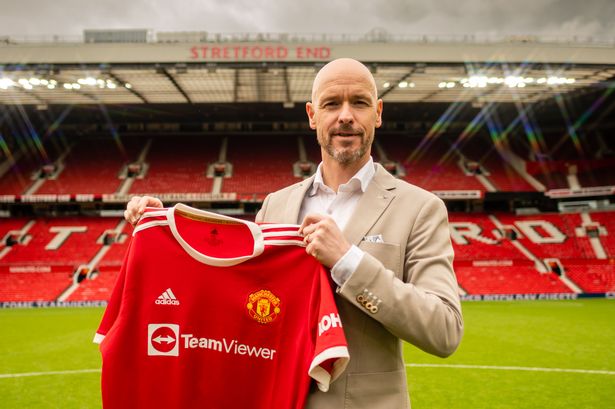 Erik ten Hag wants Manchester United back in the Champions League at the end of his first season in charge with the club.

The Dutchman was unveiled as the Reds’ new manager at a press conference on Monday, the day after it was confirmed that United would be playing Europa League football in 2022/23 after finishing sixth in the table.

The long-term ambition, of course, is for United to once again be challenging for the Premier League title but the 52-year-old has his sights set on qualification for Europe’s premier competition as a first target.

That can be confirmed via a top-four finish in the league next term, or by winning the Europa League to clinch a seeded berth in the Champions League group stages, which United successfully did under Jose Mourinho in 2017.

“I said this is the project, to bring Man United back on top, but also we have to accept the current situation we are in,” he said, when asked what he wanted to achieve in his first campaign at the club.

“First of all, Man United belong in the Champions League, so that will be the first target.”

The Europa League triumph in Stockholm under Mourinho is the last time the club lifted silverware at first-team level, which Ten Hag is obviously eager to change.

In addition to his three Eredivisie wins at Ajax, he also claimed two KNVB Cups in Holland and suggested Premier League success doesn’t have to come at the expense of focusing on the other domestic competitions.

“For me, every game is important,” he added.

“We want to win every game and that has to be the attitude from everyone: players, but also staff and all the other ones in the club.

“Every game is important and we will give our best in every game to win and to come forward.”