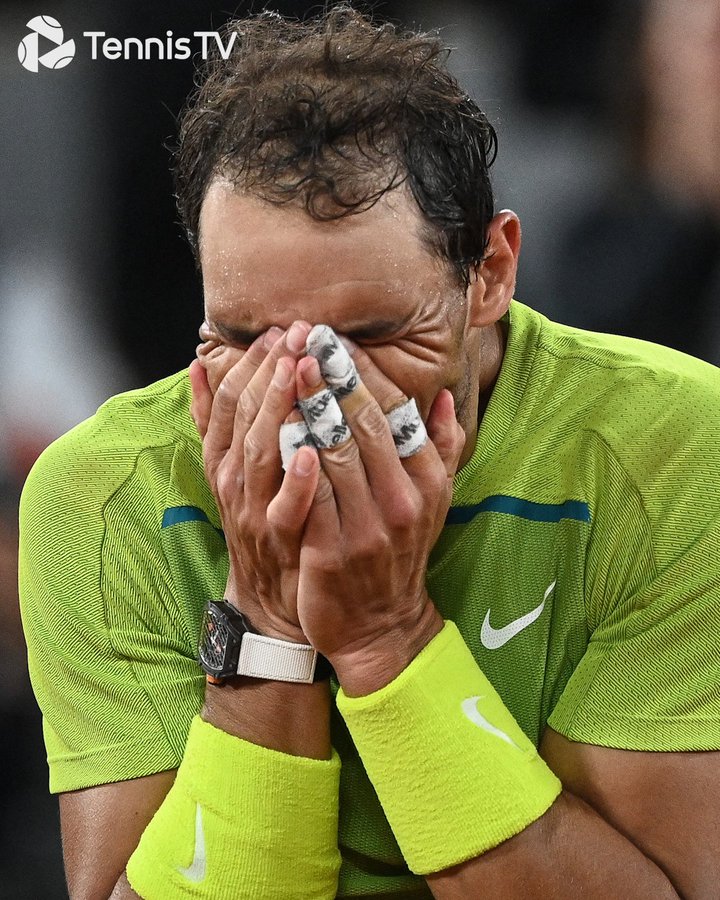 Despite concerns over his declining physicality, the disadvantageous night scheduling, and his previous record against his great rival, Rafael Nadal provided an over-four-hour-long exhibition in clay-court mastery to take down Novak Djokovic and book his customary spot in the semifinals of the French Open.

The Spaniard did so through an aggressive strategy from start to finish, with precise execution of his tactics.

His incredible legacy on clay has long been lauded for his ability to outlast opponents from the baseline. But on this occasion, the Spaniard started far more aggressively than usual, which allowed him to race to a 6-2, 3-0 lead.

During last year’s semifinal, Djokovic triumphed over Nadal using angled crosscourt forehands that exploited any weaknesses in his opponent’s backhand. The Spaniard was wary of that this time though, and used plenty of slices and looping backhands down-the-line to bring his forehand back into play.

For most of the match, and particularly in the first set, Nadal hit his forehand with a lot of precision and power, particularly when he went down the line or inside-out towards his opponent’s backhand. Djokovic took too long to get out of the gates in the encounter, during which time he made several unforced errors and failed to take advantage of good court positions.

Nadal, however, was tuned in from the get-go, and his 57 winners compared to Djokovic’s 48 played a huge role in the outcome.

After winning just two of the first 11 games in the match, much of Djokovic’s reset was down to him targeting Nadal’s backhand more and more. As the ball became heavier with the cooler night conditions setting in, Djokovic stepped up the court and took the ball much earlier than he did in the first set, particularly while returning.

The Serb made Nadal hit most of his shots after the serve deep into the backhand side, instantly taking control of the rally by doing so. The strategy worked very well in the second set, earning him 24 return points, eight break-point opportunities, and allowing him to come back from a double-break deficit to draw level.

Although Nadal’s serving was very consistent in the third and fourth sets, Djokovic used his returns to prolong rallies, put away any loose balls, and make the Spaniard work far harder to hold serve.

Djokovic’s serve let him down for much of the match. The Serb was struggling to find much purchase on what is usually an extremely reliable first serve, only making it 48 percent of the time in the first set, and failing to land it on multiple crucial points. The pace was off on his second serves too and resulted in only 42 percent of points won.

In contrast, Nadal had an outstanding serving day. The Spaniard was angling first serves with precision, and as has been the case for much of the tournament, his second serve was a crucial asset, clocking an average speed of 154 km/h with a success rate of 60 percent.

His serve also played a huge role in his comeback in the fourth set. Nadal lost just eight points on serve in the fourth, and only two of those were on his second serve.

After Djokovic’s resurgence in the second set, Nadal did well to take advantage of his opponent’s lapses and take the third 6-2. The match was far from a foregone conclusion though, as Djokovic raced to a 3-0 lead and eventually served for the set at 5-3. From there on, Nadal produced some of his best tennis of the tournament to turn the tide his way.

The Spaniard was able to save a set point and pile the pressure on Djokovic through solid returns and serves, and take the set into a tie-breaker. He raced into a 6-1 lead there, where the redlining performance of his forehand was on full display.

While a lot of the match was intense and hinged on tactics, Nadal’s vintage shot-making and mental resilience in the final half-hour are what eventually took him past the finish line in the marquee match-up.