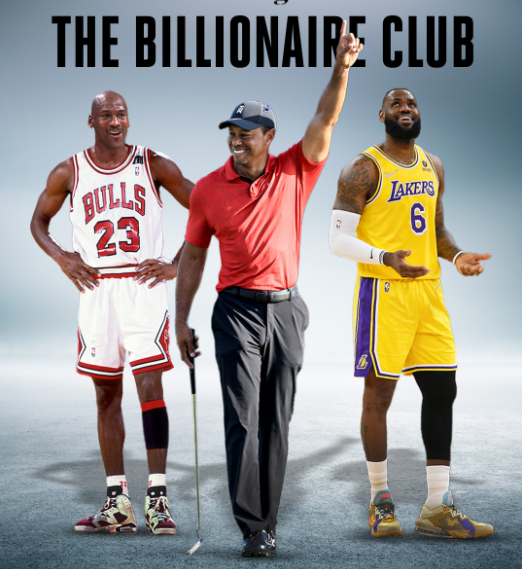 Tiger Woods, who is tied with golf legend Sam Snead for the most PGA Tour event wins in history at 82, is now officially a billionaire, according to Forbes.

According to the magazine’s earnings update for the golf superstar, Woods has made around $1.7 billion in his 27-year golf career. He raked in the money from his salary, endorsements and other various incomes. Less than 10% of his career earnings comes from his golf salary.

This all equates to Woods’s now $1 billion net worth. He becomes just the third athlete in history to officially be named a billionaire, after LeBron James and Michael Jordan. James just reached this milestone last week.

This news comes the same week that Greg Norman admitted that Woods turned down a “high nine digits” offer to play in the Saudi Arabian funded golf league LIV Golf in order to continue playing on the PGA Tour.

The tour ended up suspending current and past golfers who play on the LIV Golf tour from participating at PGA sponsored events for the time being.

The 15-time major winner has endorsement deals with around a dozen companies, including Gatorade, Monster Energy, TaylorMade, Rolex and Nike. The athletic sportswear brand signed Woods back in 1996, the year he won PGA Tour Rookie of the Year.

Thanks to his various endorsements, Woods led the Forbes list of highest paid athletes for straight 10 years, ending in 2012. Controversy struck Woods in 2009 when he was found to be cheating on his wife, Elin. He crashed his car outside of their house, and his now ex-wife broke the car window with a golf club. While he lost some major endorsements at the time, he has largely recovered financially from the incident.