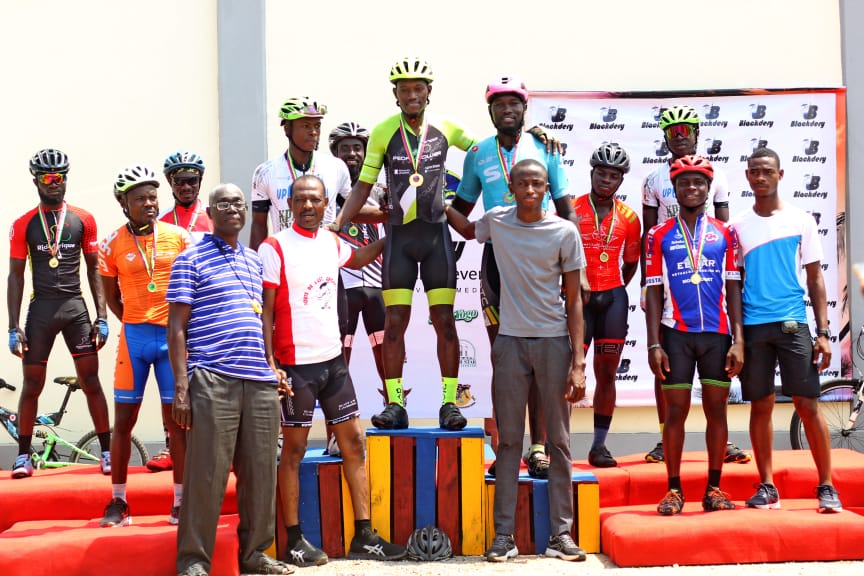 This year’s Blackdery Midyear Mountain Bike road Cycling race has ended at the Accra Sports Stadium with Abdul Rahman Samed winning the 10 lap race in a heated road battle with an average speed of 38.18 km/hr.

The event enveloped riders in the Junior, and Elite categories.

The centre of attraction was the seniors category where inform Abdul Rahman Samed sprang to victory leaving behind its tails the rest of the bunch.

The seniors category had Vijay, one of the oldest and experienced cyclist and Ebenezer participating in honours.

The event was in two folds; on Saturday a general fun ride was held at the same venue which attracted high profile personalities like the Technical Director of the Ghana Cycling Federation, Shaaban Mohammed,who rode with his children and the Managing Director of Promadisor Gh Ltd, Mr. Festus Tettey.

Blackdery Accra Midyear Cycling event is under the tutelage of Charles Dery and has promised to organize this mid year event every year.