Silent doping and how the system fails to protect athletes, the topic for three outstanding investigations 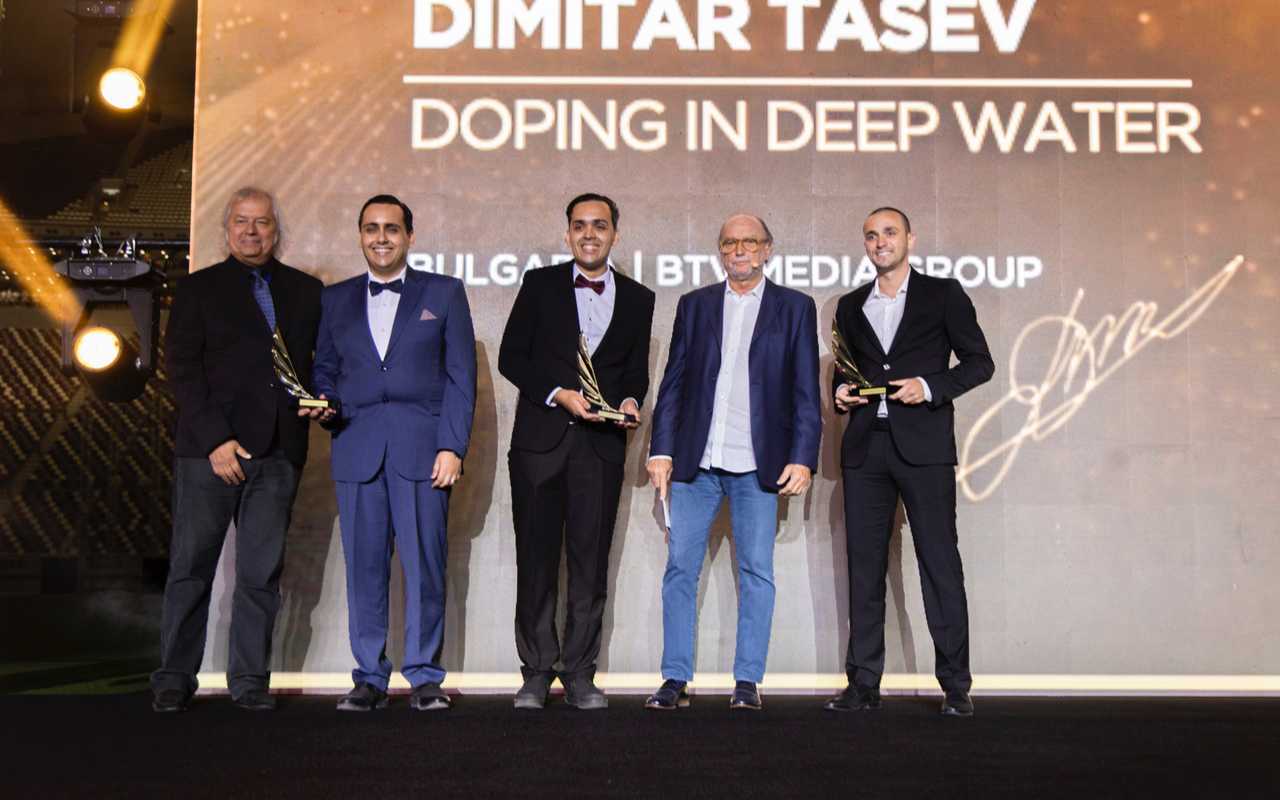 Picked by the President of the Jury, Gianni Merlo, the AIPS Award for Investigative Reporting 2021 went for the following authors:

Omar Boudi, Zoher Boudi, for “The drama of Algerian players and their disabled children” (Echorouk TV), a film that showed the team-mates of a football team whose children were born with disabilities, possibly linked to substances they were given without their knowledge of side-effects.

Dimitar Tasev (Bulgaria) made another doping investigation with “Doping in deep water” (BTV Media Group), in which he uncovers the use of doping in young swimmers in the national team of Bulgaria. The video is available on YouTube with English subtitles.

Finally, Michael Uugwanga (Namibia) was awarded for revealing the situation of poorly paid boxers that are risking their lives just for a few coins, as part of a system that needs them but neglects them and discards them. (Confidente Sport).

He was delayed in South Africa and could not make it on time to go on stage at Khalifa International Stadium, but he received the prize with pride in the AIPS hotel in Doha.

Michael Uugwanga with his trophy