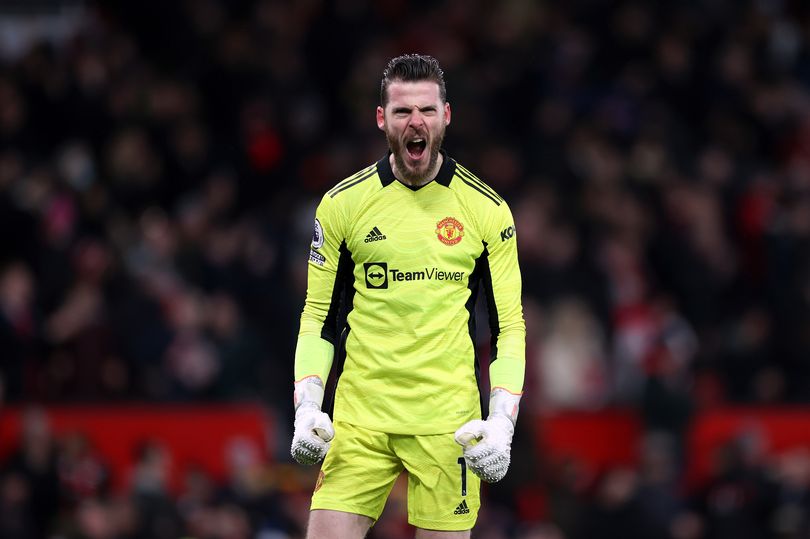 David De Gea has been describing how the pressure of being Manchester United’s no.1 goalkeeper makes him feel ‘alive’.

The Spaniard is approaching 500 games in a red shirt and has been the undisputed first choice between the sticks at United for over a decade, since making the switch from Atletico Madrid as a 20-year-old.

There have been plenty of ups in those years, with De Gea winning the Premier League title, plus the FA Cup, EFL Cup and Europa League and numerous individual prizes, including an unprecedented four Sir Matt Busby Player of the Year wins.

David has also experienced the odd dip in form, which is natural for any player, and he told Game of Thrones actor John Bradley recently that the spotlight is something he’s had to learn to deal with.

“When you’re famous – like an actor or footballer – and they know you nearly everywhere, you have to live with this,” said De Gea.

“At the beginning, it’s a bit tough and a bit strange. You lose a bit of your privacy but that’s life.

“You have to deal with that and that means you are doing very well. That’s great as well.”

After a difficult start to life in England, De Gea has undoubtedly been a world-class performer for the majority of his spell with United.

The relentless nature of football and the constant need to improve means no-one can ever rest on their laurels, though.

De Gea recovered from a couple of difficult seasons personally – by his high standards – to claim United’s Players’ Player of the Year award for 2021/22 and revealed that he felt invigorated by the challenge of recapturing his best form.

David De Gea is our Players’ Player of the Year, again

WHY DE GEA IS OUR PLAYERS’ PLAYER OF THE YEAR

“You make one very good season then people want you to be even better than the one before, so the pressure is there and that’s probably a good thing and a bad thing at the same time.

“But that makes you feel alive and makes you try to improve yourself.”

Currently on 487 appearances for United in all competitions, David will surely break the 500 barrier in 2022/23 and needs to pass Joe Spence, on 510 games, to enter United’s top-10 all-time appearances list.