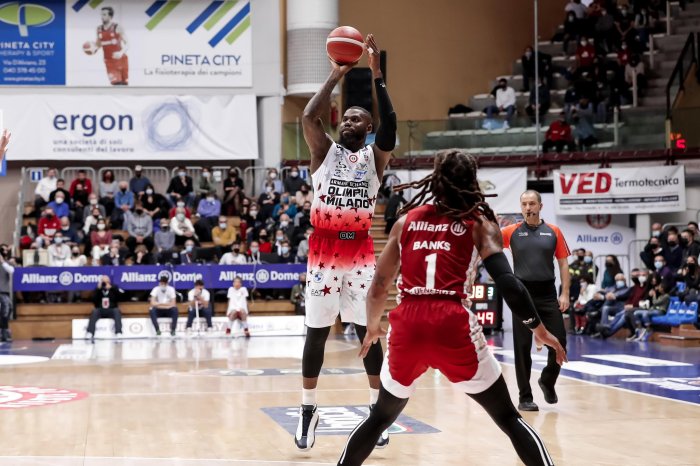 Media reports indicate St. Petersburg are looking to bring in the 6 foot 8 inch player for the 2022-2023 Season.

Bentil is a free agent in the wake of his exit from Italian side Olimpia Milano and news of Zenit’s interest in the former Dallas Mavericks player was reported by SDNA.

In his near season long stay with Milano, Bentil helped Milano win the 2021-2022 Italian Serie A title and the League Cup; Milano made it to the Euroleague quarterfinals.

Due to the ban on Russian clubs competing in international competitions by FIBA, Zenit is eligible to compete only in the domestic basketball league-VTB.

The 2016 NBA Draft 51st overall pick averaged nine points, 4.3 rebounds and 1.1 assists across 29 league games including the playoffs. In the Euroleague, he averaged five points and 2.4 rebounds in 15 minutes across 23 games.

A move to Russia would mark a new playing destination for Bentil in his professional career after competing in leagues in Spain, France, Greece and brief stints in Turkey and China.