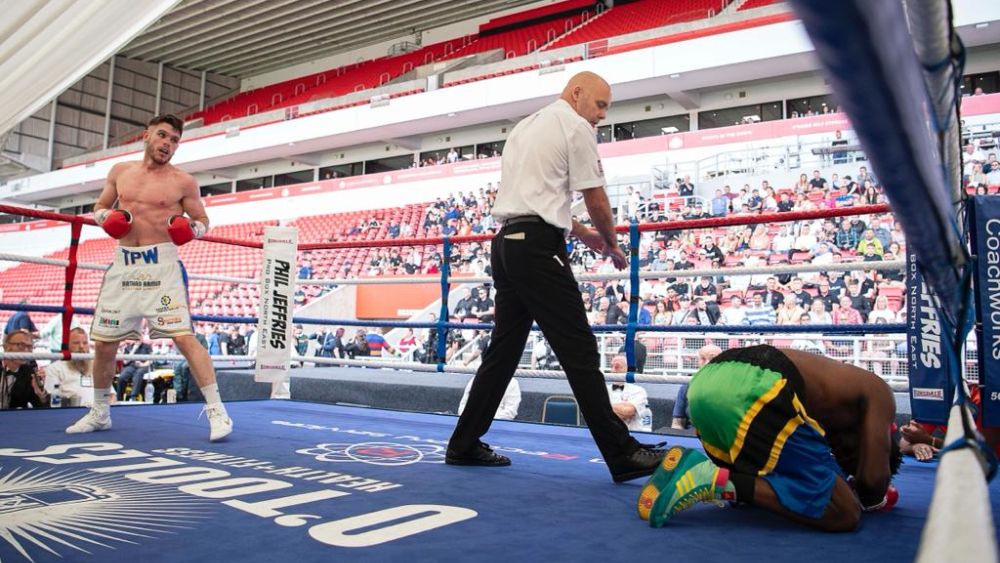 Thomas Patrick Ward has told Leo Santa Cruz to stop ‘holding up the division’ after he reinforced his status as the leading featherweight contender.

Ward took less than three rounds to stop Ally Mwerangi on a Phil Jeffries promotion at the Stadium of Light, in Sunderland today, in a performance that showed his world class ability.

The 28-year-old has been ranked as the WBA’s No1 contender since March and is ready for his shot at the world title but there is a logjam at the top of the division.

A fight between Santa Cruz and Leigh Wood has yet to be made and Ward, fresh off the 33rd victory of his pro career, has delivered a message to the Mexican.

Ward told Probellum.com: “I’m No1 in the WBA, Leo Santa Cruz is the ‘Super’ champion and Leigh Wood is the ‘Regular’ champion.

“Move on, or do something, because there are other fighters waiting for a chance.  If Santa Cruz doesn’t fight Wood, then me and Leigh will probably fight.  If they do fight, I will take the winner.”

Asked about the prospect of facing Nottingham’s Wood, Ward said: “Leigh had a great fight last time against Conlan, and it would be a great fight for me.

“I believe I cause problems for anyone I fight; I’ve got a good boxing brain, good footwork and good hand speed but when you’re fighting world champions, no fight is won easy, but I’ve also got the heart and can dig in.”

Earlier on the show, Joe McGrail had a first six round contest of his career and dominated Alexandru Ionita.

McGrail, 19, was fighting for the second time in 15 days and after an aggressive start the Liverpool super bantamweight settled for a 60-54 points win.

McGrail said: “I’m happy to get the six rounds in, it’s the longest fight I’ve ever had in my career.

“My shot selection and punch picking was a lot better than my last fight, and so it was a better performance, in that way, but I took too many shots.”