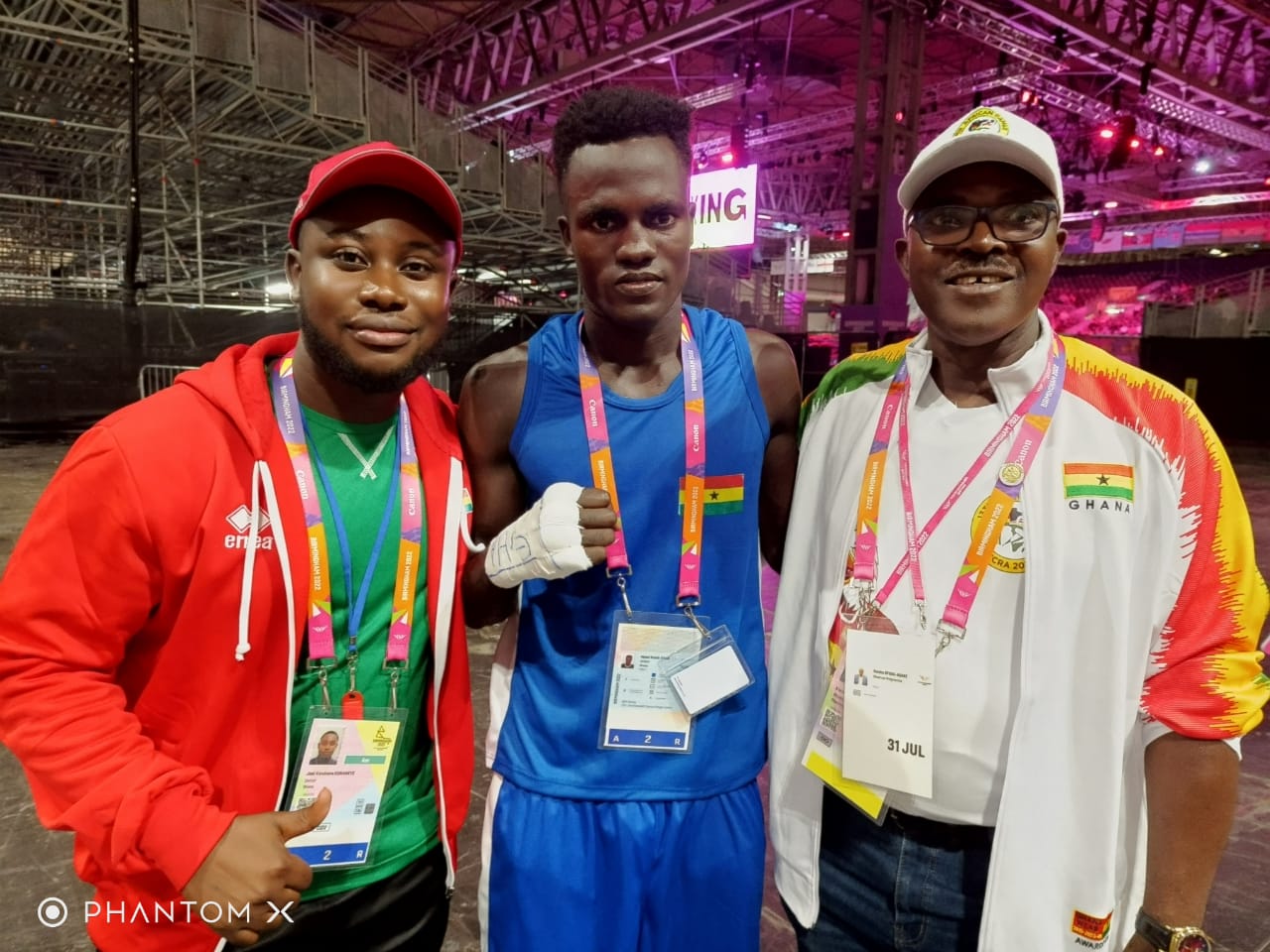 One of the best individual boxing performances on Day 4 at the ongoing Commonwealth Games has been exhibited by Ghana’s Abdul Wahid Omar.

The 24 year old who hails from the Wisdom Boxing Gym in Accra took to the ring in the Men’s light welterweight round of 16 on Sunday evening with just one ambition; VICTORY!

From the first bell, he launched a blistering onslaught against his 22 year old South Pacific opponent from Fiji, Elia Rokobuli.

Considering the high stakes of a place in the quarter finals, much more was expected from the boxer from Fiji but he was stunned into submission in the first round before he could even settle into a rhythm.

Three consecutive stoppage counts by the referee meant that the fight had to be stopped.

It was a devastating finish by Omar and it means Ghana has one out of the remaining 6 fighters in the boxing quarterfinals to look forward to this week.

This was the perfect response by the Black Bombers after one disqualification, two defeats and increased media attention following the doping setback 72 hours earlier.