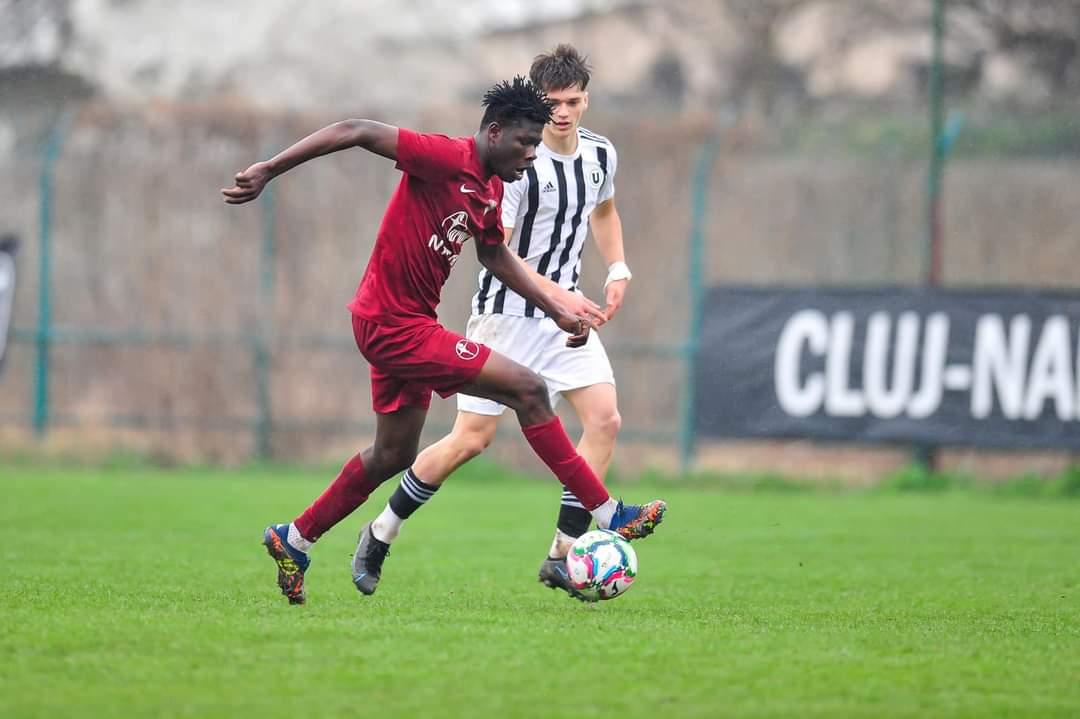 The 20-year-old Ghanaian was sent off in the 66th minute of the 2-0 league win against Targosviste. Yeboah scored a sensational bicycle kick before he was red carded.

He was punished alongside coach Dan Petrescu, and strike partner Gabriel Debeljuh. Their coach was however fined 320 Romanian leu.

Yeboah will miss the matches against Botosani and Hermannstadt in Liga I.

The Ghanaian youngster was in action for Cluj on Thursday night in the Europa Conference League as the Romanian giants progress to the next stage with a 1-0 aggregate win over Shaktyor.

They will now face Maribor in the next stage as they eye a place in the group stage.