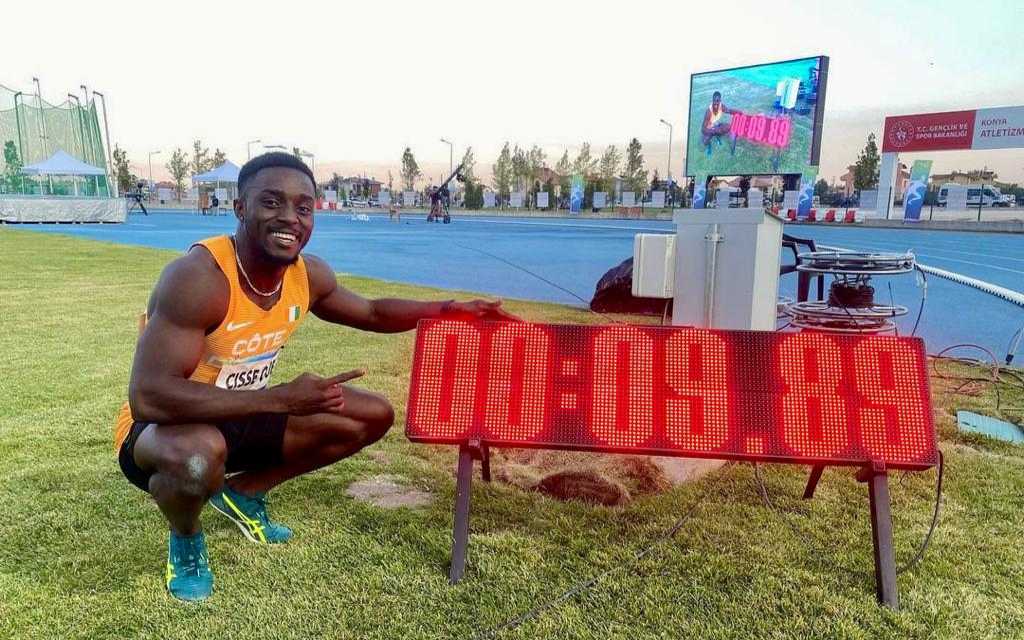 Konya 2021 might have found their next Usain Bolt in its debut! The fastest male in the 5th Islamic Solidarity Games history has cut the finish line in athletics Men’s final 100m in 9.89s clocking a national and personal best, the Ivorian sprinter Arthur Gue Cissé celebrated his win next to the scoreboard at Konya’s Athletics Field.

DETERMINATION In a comment on his next goal when it comes to competition: “I am not finished, my coach always tells me after finishing a race: ‘you are not done, there is more to go, no dancing and no football until we finish this competition’ which makes me stay focus and dedicated until the very end” Arthur said in an interview with AIPS inside the halls of Konya Athletics Field.

He made his first international debut in Athletics at the 2017 Jeux de la Francophonie, held in Abidjan, Ivory Coast where he was vice-champion two times, His eyes are now set with determination to prepare for the next World Athletics Championship Budapest 2023.

DEDICATION The 24-year-old sprinter started sports as a kid first in a football club, then he switched to Athletics as he grew up, Arther follows a committed training program as a full-time athlete and part-time physical education university student at INJS (Institut National de la Jeunesse et des Sports) in Ivory Coast.

He trains twice daily, in morning and evening workouts, as a student-athlete with active on season competition, he has a full schedule, his favourite football team is Paris Saint-Germain F.C. and he loves playing FIFA PES on Play Station.

130 MEN UNDER 10s He became the 131st man to break the sub-10-second barrier in the 100m on 16 June 2018, setting a national record of 9.94s, and he broke his own record again in Konya 2021. Cissé is coached by Anthony Koffi, the coach of fellow Ivorian sprinters and Olympians Ben Youssef Meïté and Marie-Josée Ta Lou.