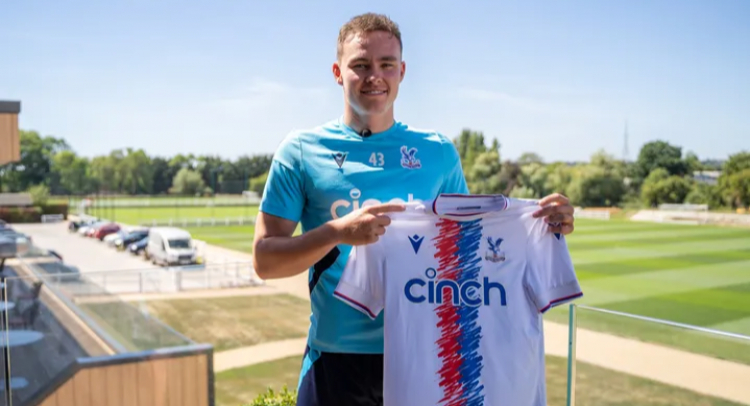 English Premier League side Crystal Palace have announced the signing of Kofi Balmer from Larne F.C.

The 21-year-old defender has signed a one-year deal with the club after joining from NIFL Premiership side Larne.

He made over 40 appearances across all competitions in their successful 2021/22 campaign, which saw them secure a Europa Conference League play-off spot.

Balmer was named after late United Nations (UN) chief, Kofi Annan who died in 2018. Annan was a Ghanaian diplomat who served as UN Secretary-General from 1997 to 2006.

Prior to playing for Larne, Balmer featured heavily for Ballymena United. He became a mainstay in the team after making his debut at 16 years old in the 2016/17 season, and helped them finish runners-up in the 2018/19 Northern Ireland Premiership.
Balmer has also made 17 appearances at international level for Northern Ireland Under-19s and Under-21s.
He said: “It’s surreal. I feel amazing. It’s every boy’s dream to play football professionally, but to come to a club like Crystal Palace with all the top quality facilities – I couldn’t have asked for anything better.”
Commenting on the new signing, Academy Director Gary Issott said: “We are delighted to welcome Kofi to the club.

“He fits the profile of young, hungry and talented players that we want at the club and he has already amassed a wealth of experience in Northern Ireland for both Larne and Ballymena.

“He joins a talented U21s squad and will provide stiff competition in the defensive area of the team.”