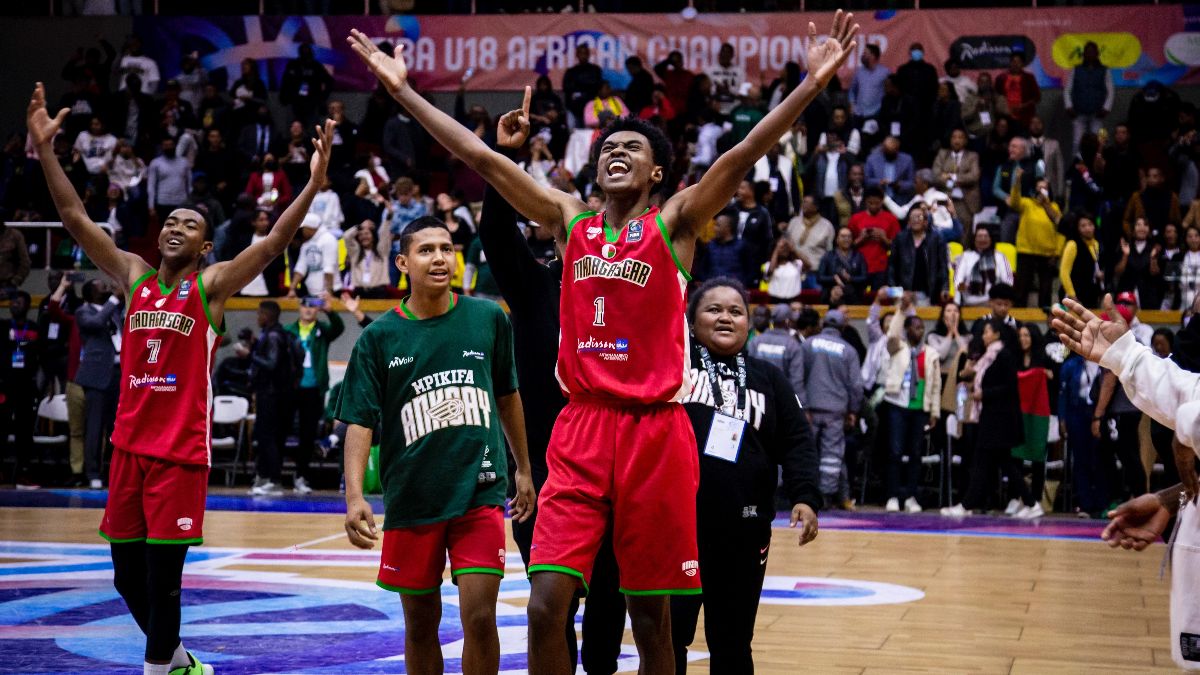 It is a night to remember for Madagascar. It was all sweat, tears and shouts of joy as the final buzzer sounded and the scoreboard showed 84-81 in favour of the hosts of the  2022 FIBA U18 African Championship against reigning champions Mali.

What a feat it is. They have, for the first time in their history, overtaken Mali, qualified for a FIBA U18 African Championship Finals and punched their names on one of the two tickets for African teams for the 2023 FIBA U19 Basketball World Cup.

“We’ve done it with the help of the fans. Without them, we wouldn’t have been able to do it.”

Yet, the timid teenager has lived through all states of emotions as Madagascar took on Mali in the first Semi-Final game of the day.

What a game it was! From the tip-off to the final buzzer, Madagascar held on to their lead, which, sometimes, went to 10 points (45-35) in the second quarter, and sometimes grew as thin as 2 points (62-60) in the final quarter.

Mali’s power forward Malick Diallo was the one who pressured the most during the game. Altogether, he homed in 23 points, alongside Abdramane Kanoute (25 points), and Amadou Doumbia (12 points).

But these efforts did not bring the expected results and Mali never recovered from the start they had.

On the opposite, Madagascar managed pretty well, with Lovasoa Ny Aina Andyerson Andriatsarafara scoring a double-double (12 points, 12 rebounds), while national hero M’Madi called it a day with 19 points.

Now that the Championship Game is at hand, what can we expect from the Islanders? “We’re still up for a fight. There’s a title and a trophy to be taken,” laughs M’Madi.

And he can expect to have the support of the local crowd. “It’s simply fantastic to have them, They’re really a driving force behind us.”

Whoever is their opponent in the Finals will have to deal with that too.