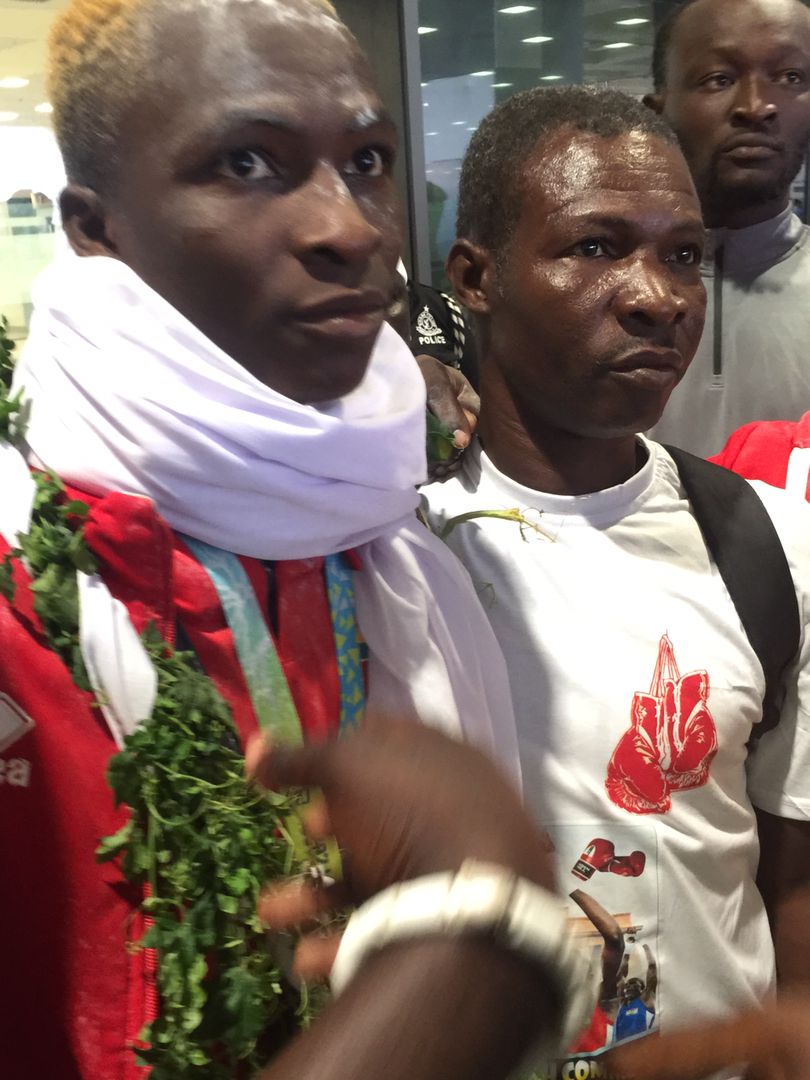 According to 19-year-old Commey, though he was destined to win gold at the Games, “an act of God made it impossible to achieve that feat before the gold medal match with Northern Ireland’s Jude Gallagher.”

He, however, disclosed to Graphic Sports in an exclusive interview in Accra last Friday that he was still struggling to unravel what actually happened prior to that fateful fight. But he was grateful to God for winning silver and looked forward to a brighter future.

“From the start I knew I was going for gold but the sickness prevented me. But I give thanks to God in all things,” he said.

Commey, who was fired up to win the ultimate, suddenly fell ill and was ruled out of the crucial featherweight final against Gallagher last Sunday evening.

The boxer, popularly referred to as Jaguar in boxing circles, pulled out of the fight a day to the fight due to a strange illness which is yet to be disclosed by the Ghanaian authorities.

The lead trainer of the Black Bombers, Kwasi Ofori Asare, later told the media that the authorities decided to prioritise the boxer’s health over a gold medal.

He told Graphic Sports that he took solace in the fact that Commey could do much better at the 2023 African Games in Ghana and even win gold at the Paris 2024 Olympic Games.

“For now, my attention is on the African Games and the Olympics. I want to prove to everyone I can win gold and I will definitely do that,” he assured.