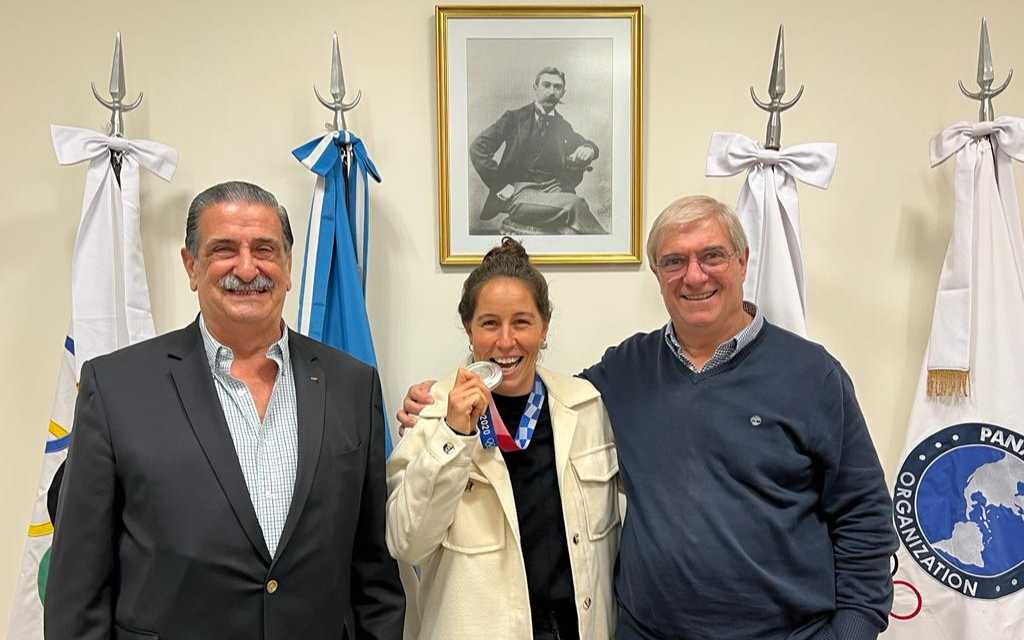 Although it has already been said millions of times, the greatest desire of a high-performance athlete is to represent their country, and for those in the sports on the Olympic program, to win a medal in the greatest sporting event in the world. That dream came true for Sofía Maccari on August 10, 2012, during the Olympic Games held in London, after winning the silver medal in field hockey with the Argentine team.

The dream of continuing to make history for her country did not stop after climbing on that podium, so Sofia continued her sports career, and after several years she was again called to be part of the largest sporting event on the planet, this time for the Tokyo 2020 Olympic Games, where once again she won the silver medal, coincidentally the two finals were played by Argentina against the Netherlands.

But this new medal, this new joy, would become a great sadness for the player born in Buenos Aires, after being a victim of an armed assault, where in addition to stealing her car, cell phones and other belongings, they also took her medal, the event happened on September 8, 2021.

From that day, what we would call a nightmare began, some people criticized her for having the medal in her car, while the thieves began to extort money from her; first of all, Sofia published on her social networks, “For those who ‘judge’ I tell you that I had the medal with me to take it to a friend who helped me a lot throughout the Olympic process. It is not only my own achievement but also of many people who accompany us along the way. And the most beautiful thing is to share it”, and about the second thing, today, the medal still does not appear. The police managed to arrest one of the suspects only 17 years of age, who at that time was left at the disposal of a youth prosecutor.

A few days after Sofía made the situation public on her networks, she said that she was getting harsh extortion from the thieves, commenting that they sent her videos with the medal and extorted her by asking for the cell phone passwords in exchange for the medal, however, she also said that once they told her, they did not assure that, if she sends the password, they would return the medal. This was one of the reasons why she did not give any information and waited for the help of the Olympic committee of her country.

After more than a year, the medal arrived…

Given the situation and seeing that the thieves have no intention of returning it, the Argentine Olympic Committee (COA) led by its president Mario Moccia, negotiated with the International Olympic Committee (IOC) the sending of a new Olympic medal; a few days have passed and Sofía Maccari already has it in the reserved place next to the one won in London 2012.

“This moment is very important for me because it represents all the effort that one makes for a long time to get this medal. With all my heart I want to thank all the people of the Argentine Olympic Committee, all those who helped on social networks and the girls of the team, who helped me make a huge mobilization, I thank the International Olympic Committee for having returned this medal that I loved so much. I want to share it with the girls and the team’s coaching staff”, said Sofía upon receiving it.

On the other hand, Mario Moccia, president of the Argentine Olympic Committee said: “Here, at the Argentine Olympic Committee, we were able to return to Sofía Maccari something as important for an athlete as an Olympic medal, achieved with so much effort. We are happy and gratified for Sofía, and for the role, we were able to play in helping this end well.”

She is happy, however, the location of the original medal is still unknown.