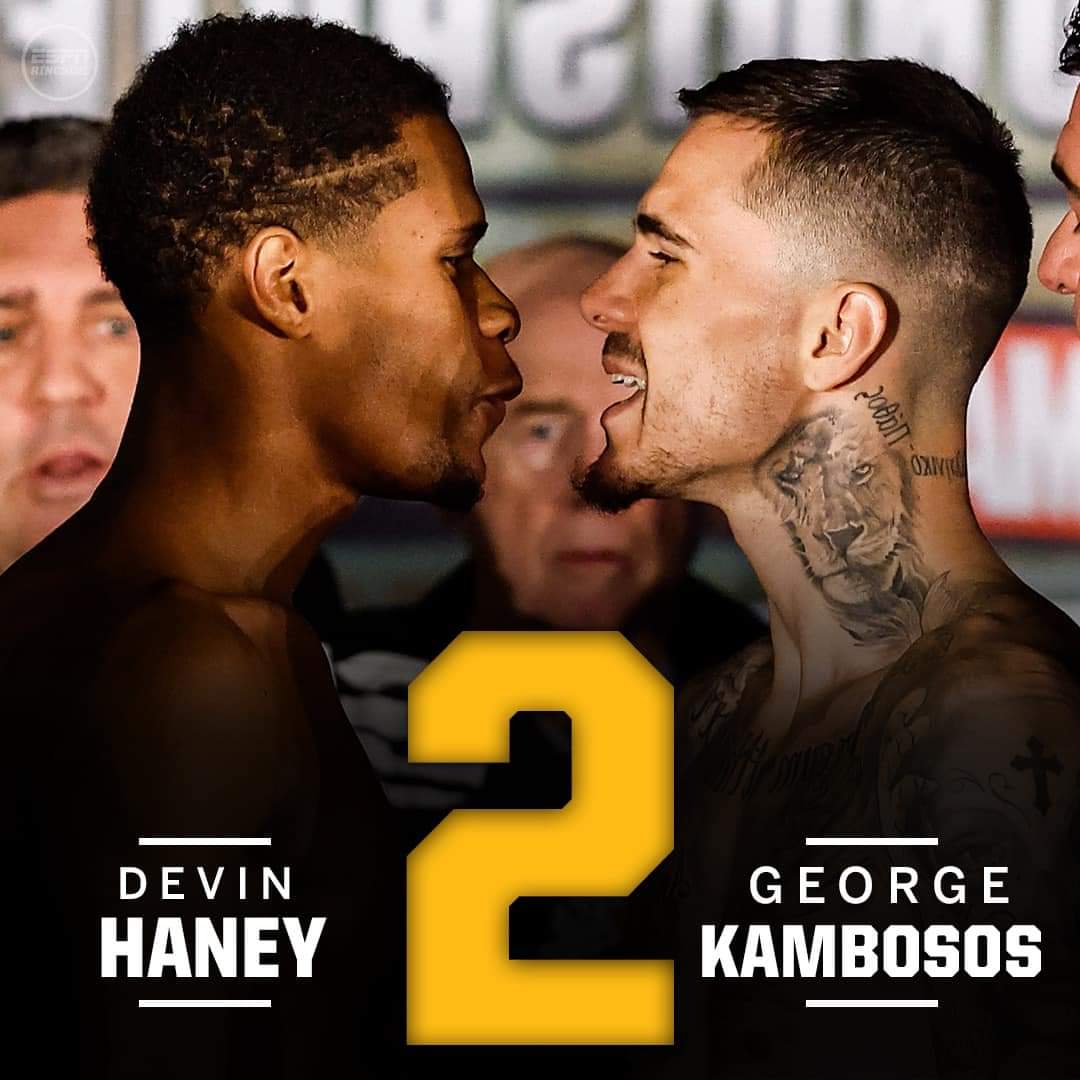 America’s dream maker and Australia’s emperor are primed for a second Down Under showdown to establish ultimate supremacy at 135 pounds.

Promoted by Top Rank, Devin Haney Promotions, DiBella Entertainment, Ferocious Promotions, Duco Events, and TEG Sport, Haney-Kambosos 2 will feature a world-class undercard, and a pumped up Kambosos hell-bent on revenge. Tickets to this epic rematch will go on-sale on Thursday, Aug. 25, at 10 am AEST via tegsport.com.au.

“George Kambosos is quiet right now like he should have been before our first fight. I wish him a healthy training camp,” Haney said. “I’m expecting a hungry and determined Kambosos on October 16th in Melbourne. I will be prepared for any adjustment he brings. This is a great opportunity to gain more Aussie fans and add to my legacy.”

“Devin Haney is a special fighter, but you can never count out George Kambosos Jr., especially when his most ardent supporters will be out in full force,” said Top Rank chairman Bob Arum. “These are the two best lightweights in the world, and it will be another memorable event in Melbourne.”

Kambosos said, “I am looking forward to October 16th at Rod Laver Arena, and that’s where I will do my talking. Inside the ring.”

“George Kambosos Jr. is again the hungry challenger, chasing Devin Haney’s belts, with a chance to regain it all on home soil,” said Lou DiBella, President of DiBella Entertainment. “Kambosos-Haney 1 was the Devin Haney show. George is going to have to fight a completely different fight to get that victory, and he knows it. That alone assures an action-packed rematch. The odds are against George. He needs to defy the odds yet again.”

“With almost half of the crowd from the first fight hailing from outside Victoria, we look forward to welcoming boxing fans back to Melbourne to watch what will be an epic rematch, ” said Steve Dimopoulos, Victoria’s Minister for Tourism, Sport and Major Events. “We’re delivering a spectacular calendar of the biggest and best events – drawing more visitors to Victoria, more often and supporting businesses across the state.”

Haney (28-0, 15 KOs) returns to Melbourne intent on repeating his fistic masterclass, a victory that propelled him up the mythical pound-for-pound rankings. “The Dream” has been a history-making phenom since turning professional in Mexico less than one month after his 17th birthday. He made his U.S. debut in Las Vegas on the Manny Pacquiao-Timothy Bradley III undercard in April 2016, and at 19, he became the youngest licensed promoter in boxing history. He was awarded the WBC world championship in October 2019 and defended that belt four times before taking the 8,000-plus mile journey to battle Kambosos in his homeland. Haney overcame adversity, as his father/trainer, Bill Haney, was granted a temporary visa by the Australian government less than three days before the fight. Bill Haney arrived in Melbourne the evening before the bout, and the dynamic father-son duo made undisputed magic whilst stripping Kambosos of his three world title belts.

Kambosos (20-1, 10 KOs) became the toast of the sport with his decision verdict over Teofimo Lopez last November, which was named ESPN’s Upset of the Year. It was the culmination of a hard-fought journey for Kambosos. He fought in Malaysia, Greece, London, New York City, Connecticut, and Las Vegas as he graduated from prospect to contender. For Kambosos, who had 12 of his first 13 pro fights in Australia, the Haney super fight marked one of the most significant international sporting events to take place in Melbourne. He entered the fight as the slight underdog, but Haney was unfazed by the army of raucous Australian-Greek supporters that shook Marvel Stadium. Haney blunted Kambosos’ offensive arsenal with an educated jab to win going away. Kambosos exercised his rematch clause and is preparing to paint a masterpiece in this undisputed sequel.

GA tickets on-sale Thursday, August 23 at 10 am at tegsport.com.au