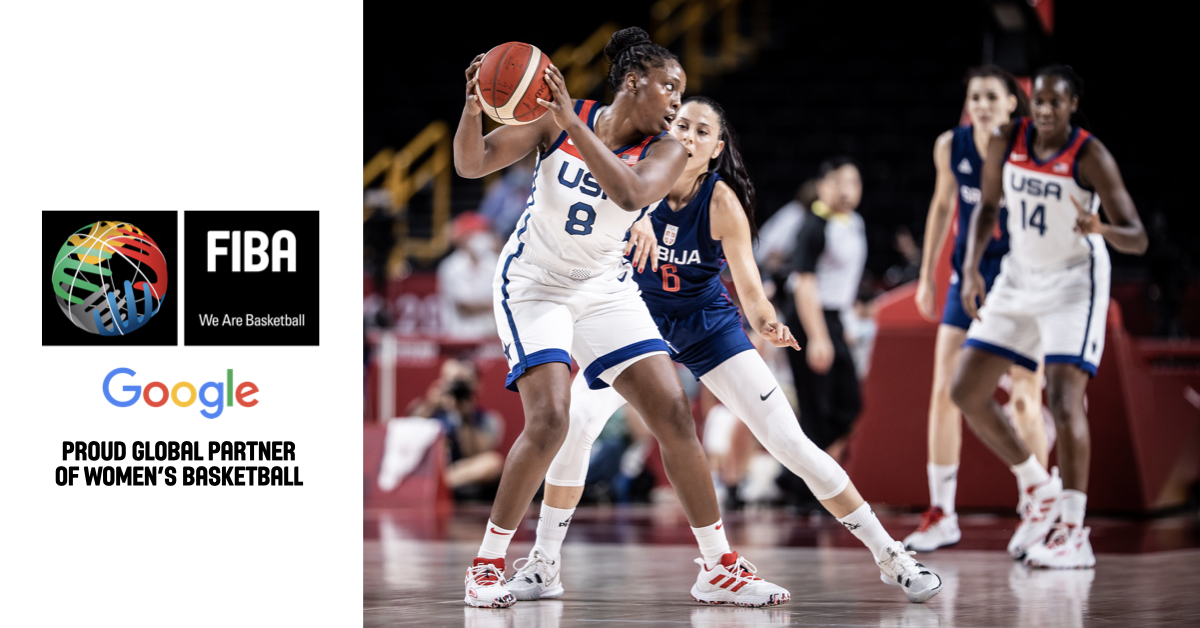 The partnership will start with this year’s FIBA Women’s Basketball World Cup in Sydney, Australia on September 22, where Google will be the Exclusive Presenter of the All-Star 5, recognizing the best players of the tournament.

Additionally, Google and FIBA will collaborate with ESPN to distribute the entire Women’s World Cup. Six games will air exclusively in the United States on ESPN2 and ESPNU – the most Women’s World Cup games to ever air on live television in the U.S. The remaining games will be available on ESPN+. Fans can also watch an additional six games live on FIBA’s YouTube channel and the remaining games on FIBA’s Courtside 1891 subscription streaming platform.

“FIBA is determined to further build women’s basketball and take it to the next level, and we are delighted to welcome on board Google as a Global Partner for the women’s game. We are excited to work with such a prestigious brand with whom we share the same strategic goals in regard to women’s development,” said FIBA Secretary General Andreas Zagklis.

“This partnership promises great things for women’s basketball and the interest in the game globally. Google and its worldwide reach opens countless possibilities to push women’s basketball in the future and we look forward to working with them to enhance the game and attract new fans.”

“At Google, we’re committed to championing equal representation in sports,” said Kate Johnson, Director of Global Sports, Media and Entertainment Marketing, Google. “As FIBA’s first-ever Global women’s partner, we’re proud to help bring even more women’s basketball content to US airwaves and introduce fans to the global game. Through this partnership with FIBA and our collaboration with ESPN, we want to continue to extend visibility and exposure to women’s basketball globally and provide women athletes the recognition they deserve and have worked so hard for.”

Google’s work with FIBA is an extension of the brand’s efforts to increase visibility and coverage of women’s sports. As a WNBA Changemaker for the past two seasons, Google joined forces with the league and ESPN to deliver more nationally televised regular season WNBA games and added a dedicated segment for women’s sports on SportsCenter.