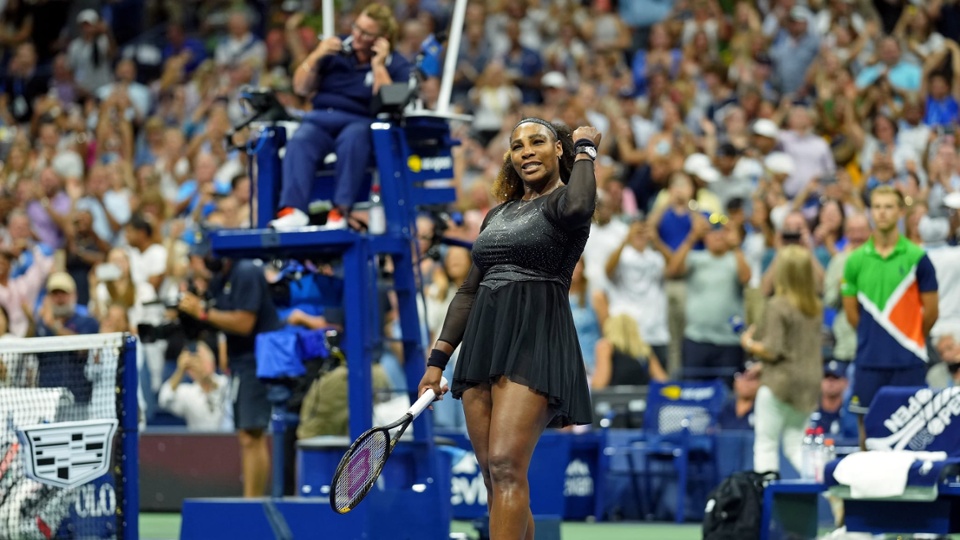 WHAT HAPPENED: It looks like Serena Williams isn’t ready for that next evolution just yet.

Now 40 and ranked an unaccustomed No. 605, Williams kept her pursuit of Margaret Court and her all-time record 24 major titles alive on Wednesday night, upending No. 2 seed Anett Kontaveit of Estonia in dramatic fashion, 7-6(4), 2-6, 6-2, to advance to the third round of the US Open.

The capacity crowd, several of whom were WTA and ATP Tour counterparts hoping to catch (at least) one last glimpse of the future Hall of Famer in action, lent their vociferous backing to the home-Slam favorite. Their support did not go unnoticed by Williams, who in the September issue of Vogue announced that she would be wrapping up her tennis career here in Flushing Meadows, evolving, not retiring, into the next chapter of her life.

Playing the 1,013th match of her storied career in Arthur Ashe Stadium, where she first prevailed as a beaded teenager in 1999, Williams was in vintage form, even as a quadragenarian looking very much like a title-contender.

“There’s still a little left in me,” said Williams. “This is what I do best. I love rising to a challenge. After I lost the second set, I said, ‘Oh, my goodness, this could be it.’ I just wanted to keep trying and just do my best.

Kontaveit got a taste of what Montenegrin Danka Kovinic had to deal with on Opening Night: The decidedly pro-Williams crowd. But the 5-foot-9 Estonian stood tall and made it a match despite the circumstances.

With golfer Tiger Woods watching on from her Players Box, Williams would strike first in the high-quality opening set. She was unable to convert any of her first five break-point opportunities, but made good on the sixth with her opponent serving at 4-all. However, she failed to consolidate, and the opener would be decided in a tiebreak. Williams’ serve, perhaps the most lethal shot in the annals of tennis, would make the difference in the breaker, which she sealed with her fifth ace of the contest.

Undaunted, Kontaveit raced through the second set in just 36 minutes to force a decider, matching Williams’ power from the baseline.

After an exchange of service breaks in the final set, an in-form Williams finally pushed ahead to 3-1. It was all the cushion she would need. She broke her opponent at love to close out the thrilling match in two hours and 25 minutes, finishing with 37 winners, 11 of them aces.

Kontaveit is the only player with more than 50 hard-court victories since the start of the 2021 campaign. The 26-year-old owns five WTA titles on hard courts, all coming in the past 13 months. But she couldn’t dig her way back into the first-time matchup with the American.

Since beating Nicole Pratt in her US Open debut back in 1998, Williams has compiled a further 107 victories in Flushing Meadows—her highest total at any one tournament.

Williams also remains alive in the doubles draw with her sister Venus Williams. The wild cards will make their first appearance together since the 2018 French Open when they face the Czech tandem of Lucie Hradecka and Linda Noskova Thursday night.

WHAT IT MEANS: The next challenge for Williams will come in the form of Ajla Tomljanovic of Australia, who outlasted Evgeniya Rodina in three sets, 1-6, 6-2, 7-5. They have never faced each other at the tour level.

MATCH POINT: This is Williams’ 81st Grand Slam appearance, second only to her sister Venus’ 91 on the Open Era list.