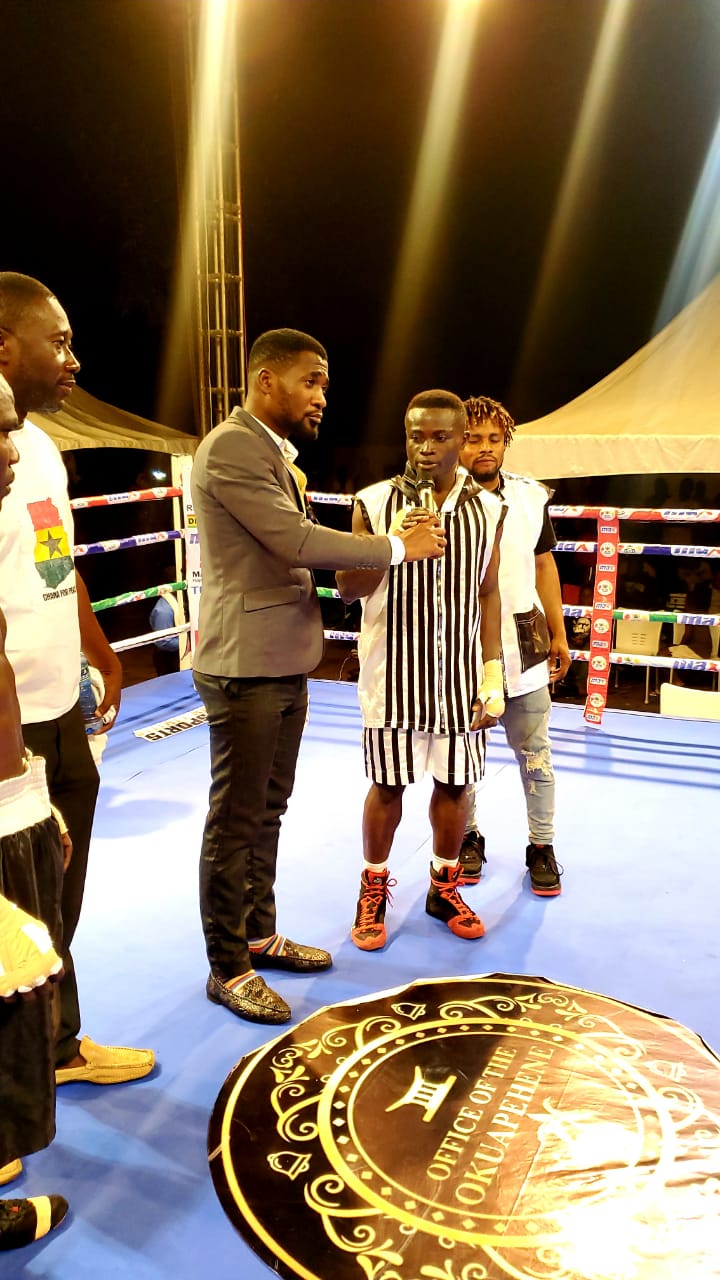 Red hot super bantamweight prospect, John ‘The Monster’ Zile won against Albert Armah of the Omanye Boxing Academy over the weekend. The bout was on a bill sponsored by the Office of the Okuapehene, Oseadieyo Nana Kwasi Akufo III and supported by the Trust Sports Emporium Limited  at Akropong as part of the Odwira festival celebrations of the Akuapem people of the Eastern Region of Ghana.

Zile overcame an early scare in the first round and gradually took over the fight, eventually scoring a TKO in round four of the scheduled six. His record thus improves to 5-0 with a perfect knockout ratio.

After the win he thanked organisers for a great event and further called out other top contenders in his division for a showdown.