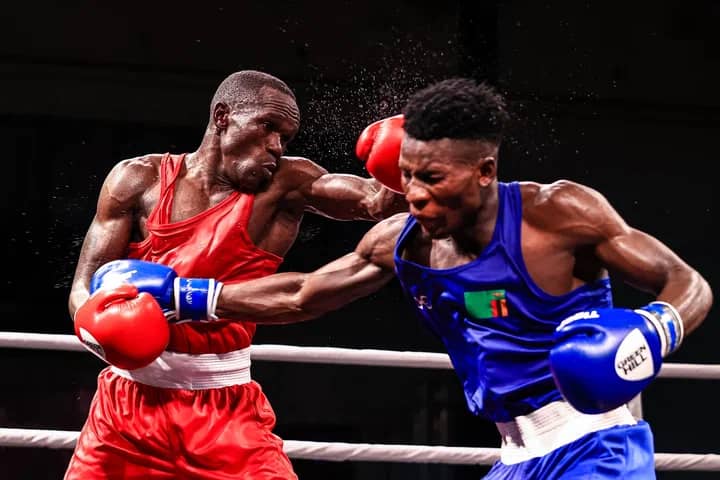 Photo: Zambia's Africa lightweight champion Andrew Chilata (right) battles it out with Kenya's Nick Okoth in the finals of 2022 AFBC Men's and Women's Championships in Maputo. IBA President Umar Kremlev and his team have major plans to boost the African boxers

Africa has been awarded another prestigious boxing tournament.

The secretary-general of the Africa Boxing Confederation (AFBC) Andre Basile Kalong said today next year Casablanca, the largest city in Morocco will host the newly-introduced World Boxing Tour series in what is viewed as International Boxing Association’s ambitious plans to improve boxing standards in Africa.

Zambia’s Africa lightweight champion Andrew Chilata (right) battles it out with Kenya’s Nick Okoth in the finals of 2022 AFBC Men’s and Women’s Championships in Maputo. IBA President Umar Kremlev and his team have major plans to boost the African boxers

The WBT tournament comes hot on the heels of the announcement of Women’s World Boxing Championships awarded to Africa for the first time, and has tentatively been scheduled for Kenya’s capital city Nairobi next year.

“I’m delighted by the latest developments in our continent and l must thank IBA’s President Umar Kremlev and his executive for choosing Africa to host the two important tournaments, we feel greatly honoured,” said Kalong.

“Hosting the World Boxing Tour in Morocco will be another milestone in Africa boxing, as I said soon I will share more good news from IBA for our continent.”

WBT series is a new event launched by IBA with the first one to be held in Slovenia from October 19-29 this year, and will be attended by boxers from allover the world.

The new WBT series will be classified into four categories namely Diamond, Golden, Silver and Bronze Belt. The Slovenia tournament is in the silver category.

“WBT series will count towards the new IBA ranking system, boxers will get points in each tournament,” said Kalong.

Commenting on WBT series, IBA President Umar Kremlev said: “I’m sure the Slovenia Boxing Federation will provide a high level of organisation to give a proper start to such an important boxing project.”