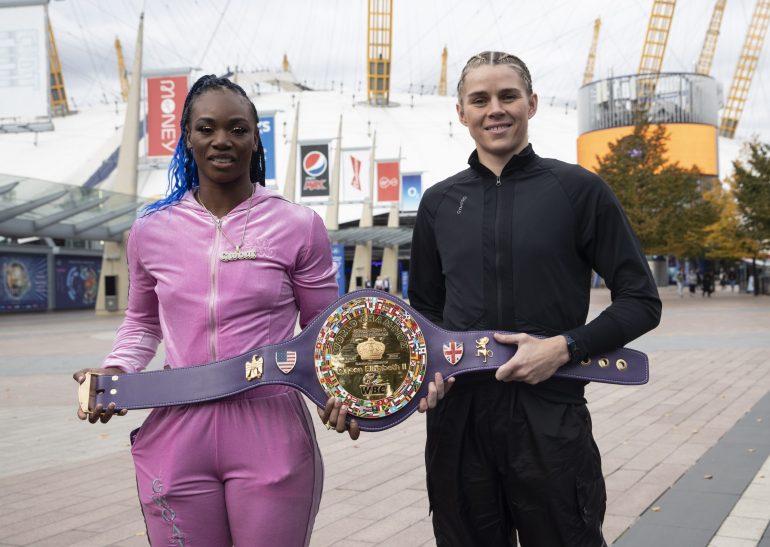 Fight week for the biggest fight in the history of women’s boxing officially began in London, England today with a ‘Grand Arrivals’ event for the key fighters taking part in this Saturday’s BOXXER LEGACY: Shields vs Marshall event.

Here’s what the two headline fighters had to say today:

“It’s every fighter’s dream to be headlining with world titles on the line. It’s the pinnacle of our sport. And this fight with Claressa feels like this was always meant to be. So I’m excited and can’t wait to step through those ropes on Saturday night

“In recent years we’ve seen huge strides in women’s sport – especially in those sports that normally are dominated by men. And in the same year the Lionesses win the Euros, I’m happy to be part of this historic night for women’s boxing.

“But the great thing about this event is that it isn’t special just because it’s an all-female show. This is a great boxing card full stop. Even the supporting fight between Mikaela and Alycia is a headline act in itself. People are taking notice of this because the quality speaks for itself. This isn’t a gimmick. The fighters on this card are here purely on merit.

“I do see it growing in popularity, yes. Think about how far women’s boxing has come along in the short period it’s been given support? With continued backing you can only imagine what it’ll reach in 10 years time. A quick look at MMA will show you how far women can go in the sport and demand respect alongside their male peers. I don’t see any reason why the same can’t be done in boxing.

“It feels great to top this historic card and I think I’ve earned that right. I think if I wasn’t as great as I am, the opportunity would not have presented itself for me – or for her.

“Even though she’s the home fighter and everyone here is talking about her, I am the one with all the accomplishments. I’ve won twelve world titles, she’s won one. I won two Olympic gold medals, she’s won none.

“It’s a huge night for women’s boxing and I think if we stay on the road we are on now, it will reach equality with men’s boxing in my lifetime.

“Saturday night I will come out victorious like I always do, I hope the fans have a great time and I hope every fight on the card is great. I hope we make the national news all over the world, whether the fight ends in the first round or the final round.”