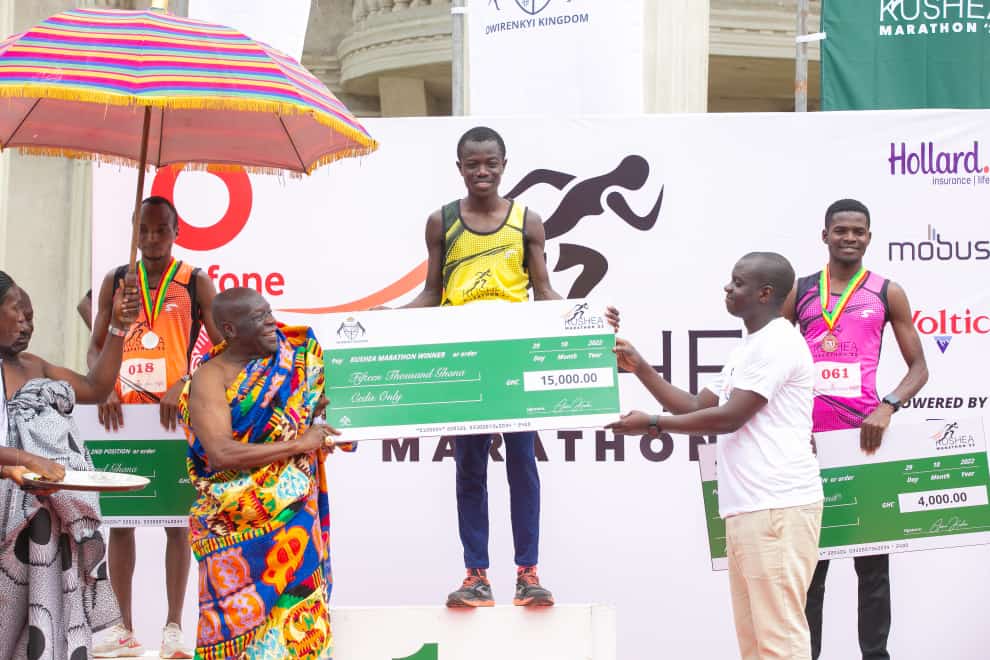 Amponsah clocked 1:04:26 to beat other competitors after racing from Assin Bonglow, which was the start point and ended at the palace of the Chief of Kushea and President of Owirenkyi Traditional Council, Ehunabobrim Prah Agyensaim VI.

The 21-kilometre race formed part of the activities marking the annual Kantamanto festival by the people of Kushea.

Amponsah, who represented Ghana at the 2022 Commonwealth Games and also participated in the 2022 Great North Run, both in the United Kingdom, took home a  cash prize of fifteen thousand Ghana Cedis (GH¢15,000), a medal and certificate from the organisers.

He was followed by Koogo Atia, a student of University of College of Education, Winneba who placed second with a time of 1:07:08 and took home a cash prize of eight thousand Ghana Cedis (GH¢8,000), a medal and certificate.

Bassit Afful, from Daakye Runners Club, Swedru in the Central Region, made a time of 1:07:08, to pick the third position and was rewarded with four thousand Ghana Cedis (GH¢4,000), a medal and certificate.

In the ladies’ division, Sherifa Moro from the Ashanti Region came first and also received a cash reward of fifteen thousand Ghana Cedis (GH¢15,000), a medal and certificate

Ehunabobrim Prah Agyensaim VI commended all participants for their efforts and assured them that, the race would be an annual event and a permanent feature of the annual feature of the festival.