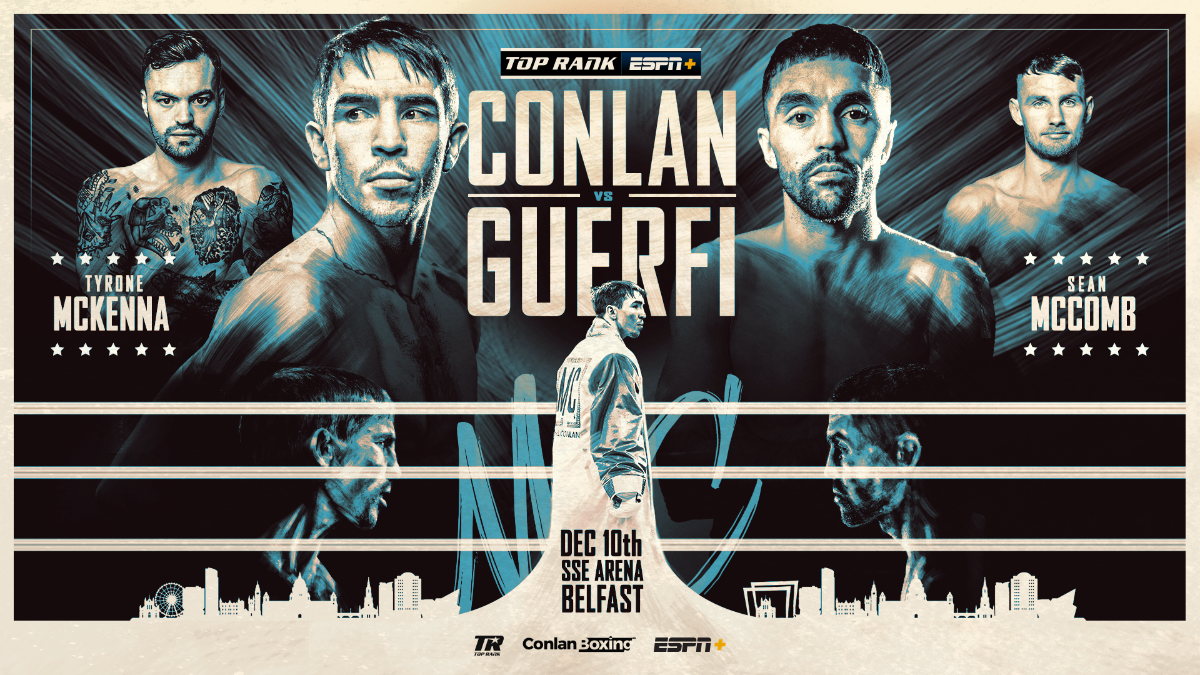 Featherweight contender Michael ‘Mick’ Conlan looks to shine in his Belfast homecoming when he battles French veteran Karim Guerfi on Saturday, Dec. 10, at The SSE Arena.

Conlan-Guerfi and undercard bouts will stream live and exclusively in the U.S. on ESPN+ starting at 1:15 p.m. ET/10:15 a.m. PT. The Belfast bonanza kicks off a fistic marathon on the ESPN family of networks.

Conlan (17-1, 8 KOs) returns for his second Belfast block party since his valiant challenge of WBA featherweight champion Leigh Wood in March. The two-time Irish Olympian was leading on the scorecards before being knocked out in the 12th round. In August, he returned to his winning ways with a one-sided decision over three-time world title challenger Miguel Marriaga at The SSE Arena. Guerfi (31-6, 9 KOs), from Manosque, France, is a former two-division European champion coming off a decision win over Mexican veteran Ricardo Mercado in July.

Undercard standouts include a trio of undefeated Top Rank-signed prospects: junior middleweight Kieran Molloy (3-0, 2 KOs) and featherweight Kurt Walker (4-0, 1 KO) will see action in six-rounders, while rising welterweight Paddy Donovan (9-0, 6 KOs) aims for his third victory of the year in an eight-rounder.