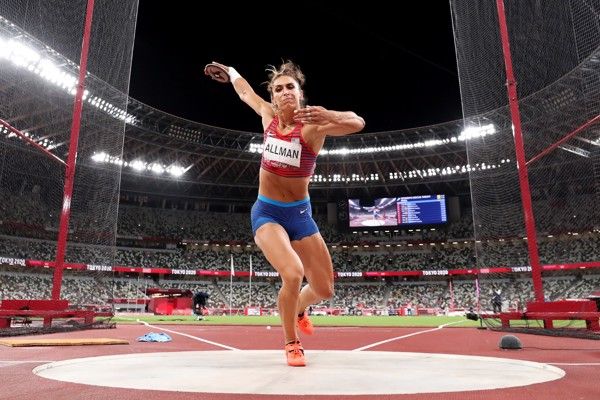 Competition artefacts generously donated this year by 21 global champions, medallists, and record-breakers have been inducted into the 3D virtual platform of the Museum of World Athletics (MOWA).

Ingebrigtsen has given the World Athletics Heritage Collection his world indoor 1500m silver medal bodysuit and name bib from the World Indoor Championships Belgrade 22. Wightman has donated the pair of spikes which took him to world 1500m gold in Eugene, European 800m silver in Munich and Commonwealth 1500m bronze in Birmingham.

Stefan Holm, while best known for his Athens 2004 Olympic Games high jump triumph, was imperious at major indoor championships for almost a decade, with the last major victory of his illustrious career coming at the World Athletics Indoor Championships Valencia 2008.

Holm has gifted MOWA the singlet and bib number which he wore in Valencia, and the bibs from the Lisbon 2001, Birmingham 2003, and Budapest 2004 championships in which he also won the world indoor high jump title.

Olympic singlet and shoes from Allman

Former dancer Valarie Allman’s grace, strength and balance helped spin her to the Tokyo 2020 Olympic discus throw title. In 2022, she became the first USA woman to take a world championships discus medal when securing bronze in Eugene, and then won the Wanda Diamond League Trophy in Zurich.

Allman has donated the uniform and shoes to the World Athletics Heritage Collection which she wore when winning her Olympic gold medal in Tokyo. There are other notable discus artefacts in this MOWA induction, one of the implements used in the 1952 Olympic women’s discus final, and an autographed discus and a painting from four-time Olympic discus throw champion Al Oerter.

The 32 artefacts received by MOWA in 2022, represent 21 athletes, from 16 countries in five continental areas, and cover running, jumping, throwing and race walking.

The new athletes and artefacts joining the displays across MOWA’s digital platform for the first time today:

Today, and in the coming weeks, we will focus in greater detail on the careers of many of the outstanding retired champions and record breakers who have made donations to our collection in 2022.