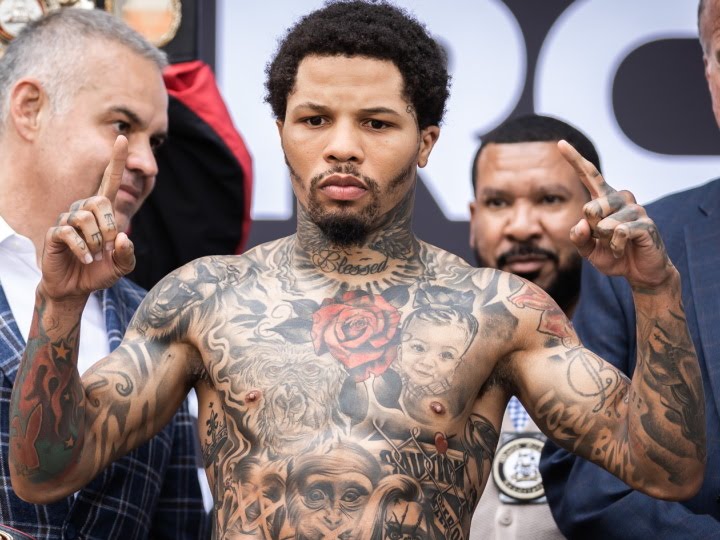 Gervonta Davis was released from jail on Wednesday afternoon and issued a no-contact order in relation to his recent arrest in South Florida.

As previously reported by boxingScene.com, Davis was placed under arrest Tuesday afternoon after Parkland (Fla.) police responded to 911 calls of an alleged domestic violence incident in a Parkland residence. Two separate 911 calls—which were revealed by TMZ Sports but which were authenticated by the Broward County Sheriff’s Department—revealed a female claiming that she was attacked and that “he’s going to kill me.”

An incident report documenting the case, a copy of which was obtained by BoxingScene,com, alleges that “On 12/27/22, at or about 1325 hrs (1:25 p.m.)… the listed defendant, Gervonta Davis, did actually and intentionally touch and strike the listed victim… against her will and did intentionally cause bodily harm to her.”

Parkland officers placed Davis arrested and processed just under 90 minutes later, according to court records. The boxer was held overnight in Broward County main jail before a scheduled court hearing in Seventeenth Judicial Circuit of Florida on Wednesday. The presiding judge set bond at $1,000 and issued a no-contact order prior to his release Wednesday afternoon.

A court date was not yet assigned as this goes to publish. The official charge is one count of Battery-Causing Bodily Harm, a first-degree misdemeanor and handled as a domestic violence case.

Davis took to social media to dispute the charges.

“Do not let these people misguide you all on this bullsh!t,” Davis stated in an Instagram post, accompanied by an image from Tuesday at 12:44 p.m. ET—less than an hour before the 911 calls—which shows Davis watching “Frozen” with his daughter. “This was just yesterday, moments before me and my child mother had argument! Watching Frozen with my oldest daughter. I never put my hands on my child mother nor my f—ing daughter. Are you f—ing crazy!! Im (sic) not a monster I been quiet for too long.”

Further in the post which was since deleted by Davis from his timeline, the unbeaten boxer claims that the alleged incident in question is means for others to profit off of his name.

“They rush to my child mother offering her 50k just to pressure charges… like they did with my first child mother, so bad they couldn’t get her so they got a lady they [claimed] she was into the mess. Also a lady that known for (suing) people for money reason.. they get her! Which I have to pay 300k to and I didn’t lay a finger on her or even know what this lady looks like.”

The prior incident in question to which Davis referred, involved the mother of his other child whom he was seen forcibly grabbing during a February 2020 charity basketball game in Miami during Super Bowl week. Davis (27-0, 25KOs) was arrested soon thereafter and charged with two misdemeanor counts of simple battery. The court case lingered for nearly three years before the prosecution abandoned the charges on December 13 according to Dade County Clerk of the Courts records.

During that time, Davis has headlined for Showtime Pay-Per-View events, most recently in a sixth-round knockout of Rolando Romero on May 28 at Barclays Center in Brooklyn, New York. The latest incident occurred eleven days prior to his scheduled January 7 WBA ‘Regular’ lightweight title defense versus Hector Luis Garcia (16-0, 10KOs; 3NC). The bout was announced to headline a four-fight PPV telecast from Capital One Arena in Washington, D.C.

It remains unclear if the fight will proceed in light of the recent incident, though BoxingScene.com has learned that the balance of the event will likely move forward in some capacity.

A Zoom media conference call was held Wednesday afternoon featuring the six televised undercard fighters, including Jaron ‘Boots’ Ennis (29-0, 27KOs) who will face Ukrainian welterweight Karen Chukhadzian in an interim IBF welterweight title fight. The bout was introduced as the evening’s co-main event. At no point during the media session did host Brian Custer mention Davis-Garcia in any capacity, nor was there any branding in place pointing to the previously announced main event.

Representatives from Showtime and Premier Boxing Champions (PBC) have yet to comment on the status of the January 7 show or Davis’ latest arrest.

The fight with Dominican Republic’s Garcia—a WBA 130-pound titlist who will move up in weight—was designed as a showcase fight for Davis prior to a springtime superfight with Victorville, California’s Ryan Garcia (23-0, 19KOs; no relation to Hector). Both boxers previously confirmed a ‘done deal’ for their head-on collision, though terms were not reached in time for the fight to take place on the January 7 date.

Ryan Garcia was previously prepared to take a stay-busy fight of his own, with plans to face Filipino southpaw Mercito Gesta in late January. The fight was never formally announced before Garcia declared that he preferred to go straight to Davis, which was the only fight he wanted all along.

Those plans remain shaky for reasons already mentioned above, as well as an existing court case involving Davis in his childhood hometown.

The 28-year-old southpaw is due to stand trial on February 16 in his Baltimore hometown, where he faces multiple misdemeanor charges from his alleged involvement in a November 2020 hit-and-run incident. His legal team attempted to present a plea agreement that was reached with the Baltimore City State’s Attorney’s office but it was rejected by a Baltimore City Circuit court judge on September 22.