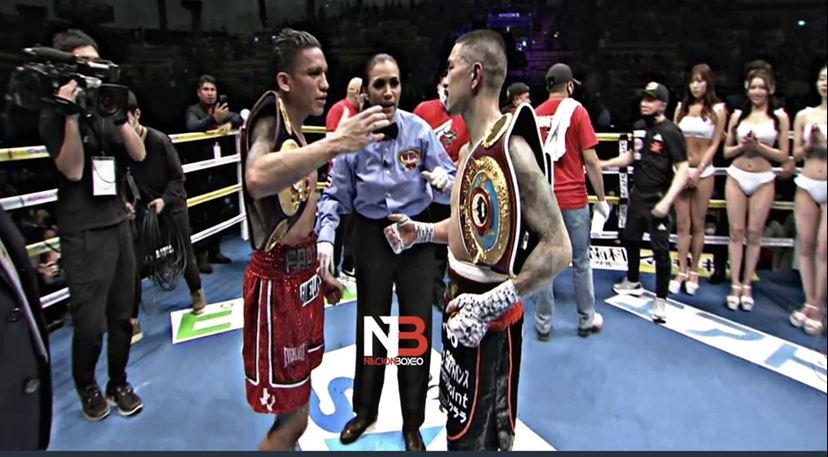 Franco was more aggressive all the way, while Ioka was more accurate in counterpunching the aggressor. It means Ioka and Franco each kept his own belt as previously. The female referee was Melva Santos from Puerto Rico.

In the last world title fight of the year WBO junior bantamweight champion Kazuto Ioka of Japan and Joshua Franco from San Antonio, Texas, the WBA champion, fought to a 12-round majority draw in a unification bout at the Ota City General Gymnasium, Tokyo, on Saturday.

In a closely fought encounter, it appeared as if Franco had done enough to unify the titles as the busier fighter.

Ioka, 33, spent most of the rounds moving in and out and throwing punches which did not land through the high guard of Franco.

However, Franco appeared to be the stronger fighter and when Ioka attempted to stand his ground in the later rounds he was unable to stop or hurt the younger Franco.