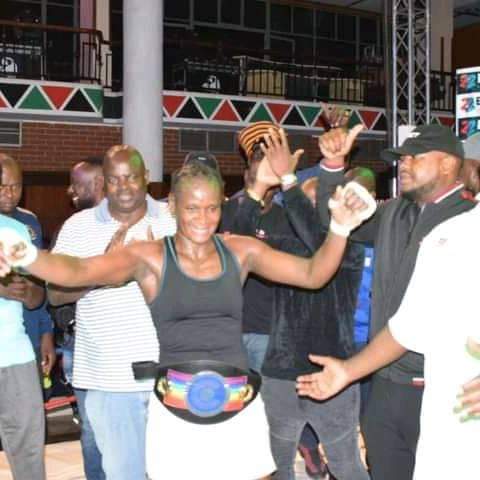 Achieng’s coach, Alfred Analo aka Priest said today they’ll leave the country on February 2 for the 10-round fight.

Last month, Achieng successfully made the first defence of her Commonwealth title, stopping Zimbabwe’s Chiedza Homakoma in the 8th round of a scheduled 10-round fight at Nairobi’s Charter Hall.

Achieng is unbeaten in seven fights so far since dropping a controversial split points decision to compatriot, Judy Waguthii on December 12, 2014.

“I challenged Judy for a return fight but she’s too scared to face me again because she knows I’ll beat her,” said Achieng whose other loss was to Bena Kaloki in her pro debut in 2008.