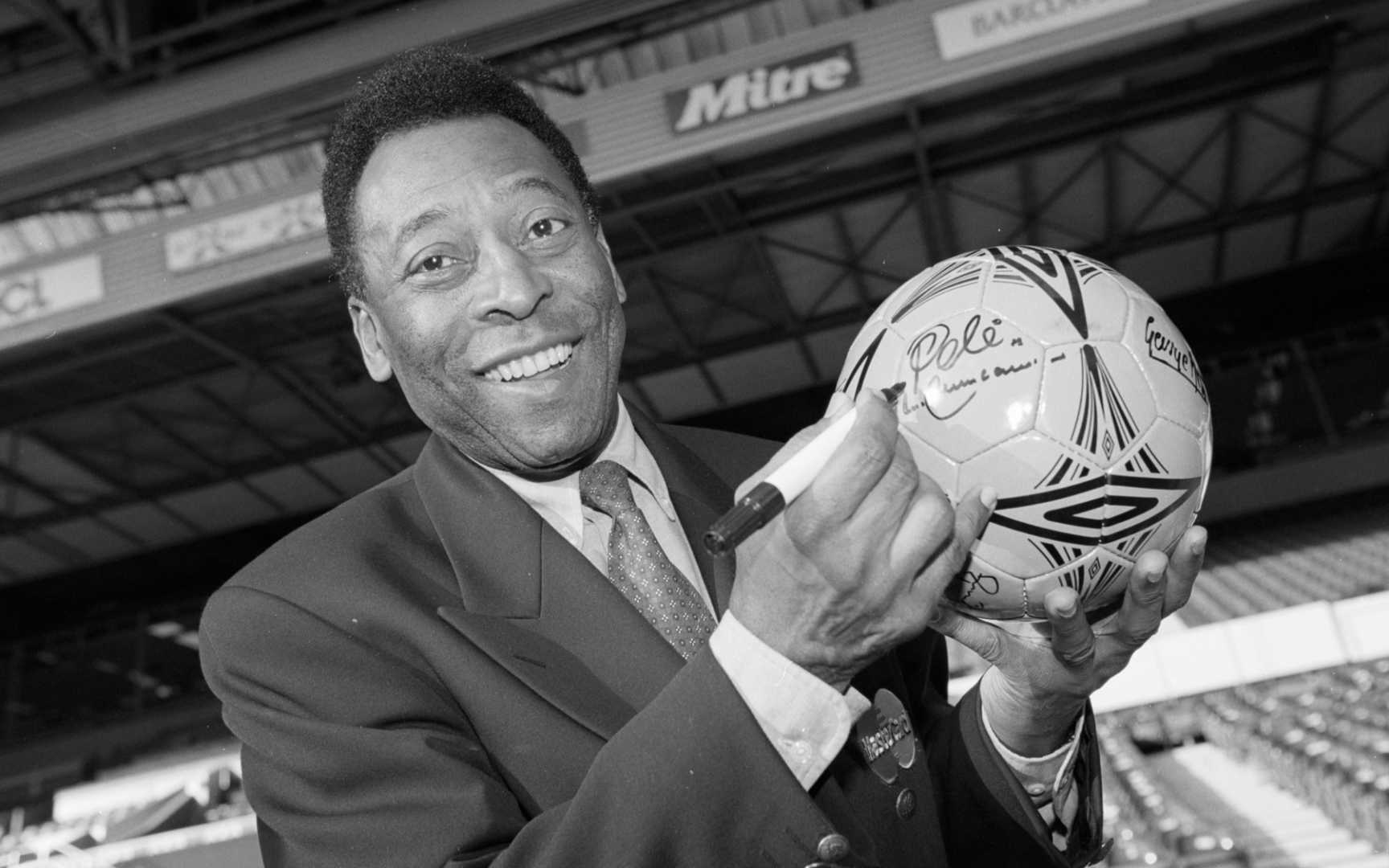 Once upon a time there was a boy who unintentionally became a king.

He didn’t need to pull out a sword stuck in a stone, nor command armies to conquer other nations.

No, none of that.

With his talent with a ball at his feet, the poor black boy, born in the city of Três Corações, in Minas Gerais, conquered the greatest kingdom on the planet: the kingdom of football.

A kingdom where men, women and children unite to celebrate a goal; a kingdom that does not separate, quite the contrary, it always unites us.

Edson Arantes do Nascimento, the boy who unintentionally became king, first charmed the football world in Sweden, far away from his homeland.

At a very young age of 17, he enchanted the world and made himself known. His fame spread and so did the reign. There wasn’t a single nation that didn’t surrender at his feet – feet that touched the ball with affection, with love, with a way that no one had ever done before.

Pelé, the king, stopped wars. He was no longer just the boy from Três Corações who, one day, seeing his father’s sadness at Brazil’s defeat in the 1950 World Cup, had promised that he would win one.

He won three. In Sweden, Chile and Mexico. Spreading his talent across the football planet.

Before his third world title, he scored a thousand goals on the stage he chose to own, the Maracanã. At the celebration, he had the time and humility to remember the Brazilian children, children he knew even then needed help.

When there was nothing left to achieve in his country, he decided to help boost football in the United States. And, interestingly, it was there, in 1994, with him as commentator, that Brazil, now without its king, became world champions again.

Flags remembering Pelé are displayed on the stands as mourners queue inside Vila Belmiro stadium to pay their respects to late football legend Pelé during his funeral on January 02, 2023 in Santos, Brazil. (Photo by Pedro Vilela/Getty Images)

Grandiose, as true kings must be, he always knew how to recognize potential successors. There was never a lack of a word of support, affection, admiration for the countless talents that emerged over time.

None like him, it is important that it is registered.

The boy who never dreamed of being king said goodbye to his subjects this December 29th.

It will forever leave nostalgia in the eyes, minds and hearts of those who love football and are part of this gigantic kingdom.

In heaven, he met his dear partner Garrincha, with whom he was never defeated playing for the Brazilian national team.

The football kingdom is sad. We, your subjects, not knowing what to do.

We can only say: the king did not die, he will live forever running through the fields of life, showing off his talent and his technique.

Long live to the king!