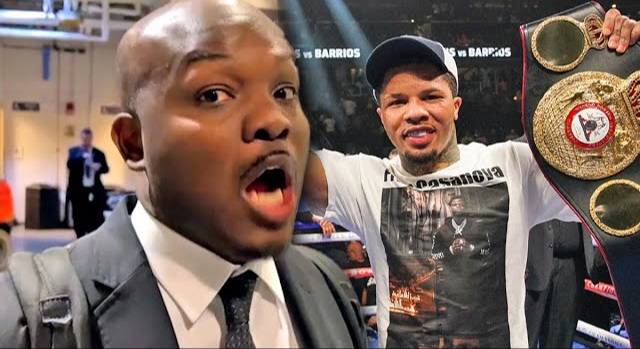 During a video interview with Fight Hub TV, ESPN analyst, Timothy Bradley shared some thoughts on a fight between Gervonta Davis and Ryan Garcia, and why he would love to see Garcia put Davis in his place.

Bradley makes it clear that he isn’t particularly fond of Davis as a person, but breaks down why it’ll be important for Garcia to make some improvements in order for him to deliver the KO win he’d like to see. Check out some excerpts of what Bradley had to say below.

“It’s important for Ryan Garcia, to be honest with you. Everybody is hot and cold on Ryan Garcia, including myself. We’re not sure what he is. Is he a social media darling or is he a fighter? But stepping up and wanting to face a guy like Tank, who has that punching power, that one-punch knockout power, the guy to me deserves a ton of respect.

“I’m no longer going to coddle and say that Ryan Garcia isn’t ready for Tank…damn it, he’s ready. He’s already tasted the canvas, he knows what that feels like. He can punch, he has great size over Tank as well.

“I’m rooting for him. I want him to win, ‘cause I’m not a fan of Tank. I’ll be honest with you, I’m not a fan of him. I’m not a fan of what he does and the way he operates outside the ring. And I want Ryan Garcia to knock his ass out. Knock him out, sit him on his pants, give him a rude awakening.

“I can hope, but I don’t know if that’s gonna happen. Stylistically, there’s some problems that I see that could serve Ryan Garcia up. And if he can fix these problems moving forward in this fight, then he has a damn good chance, a puncher’s chance. And with his speed, his quickness, and his youth, he’s got a chance — no doubt about it. But he gotta fix these holes first.”

On Davis criticizing his career after being inducted into the HOF