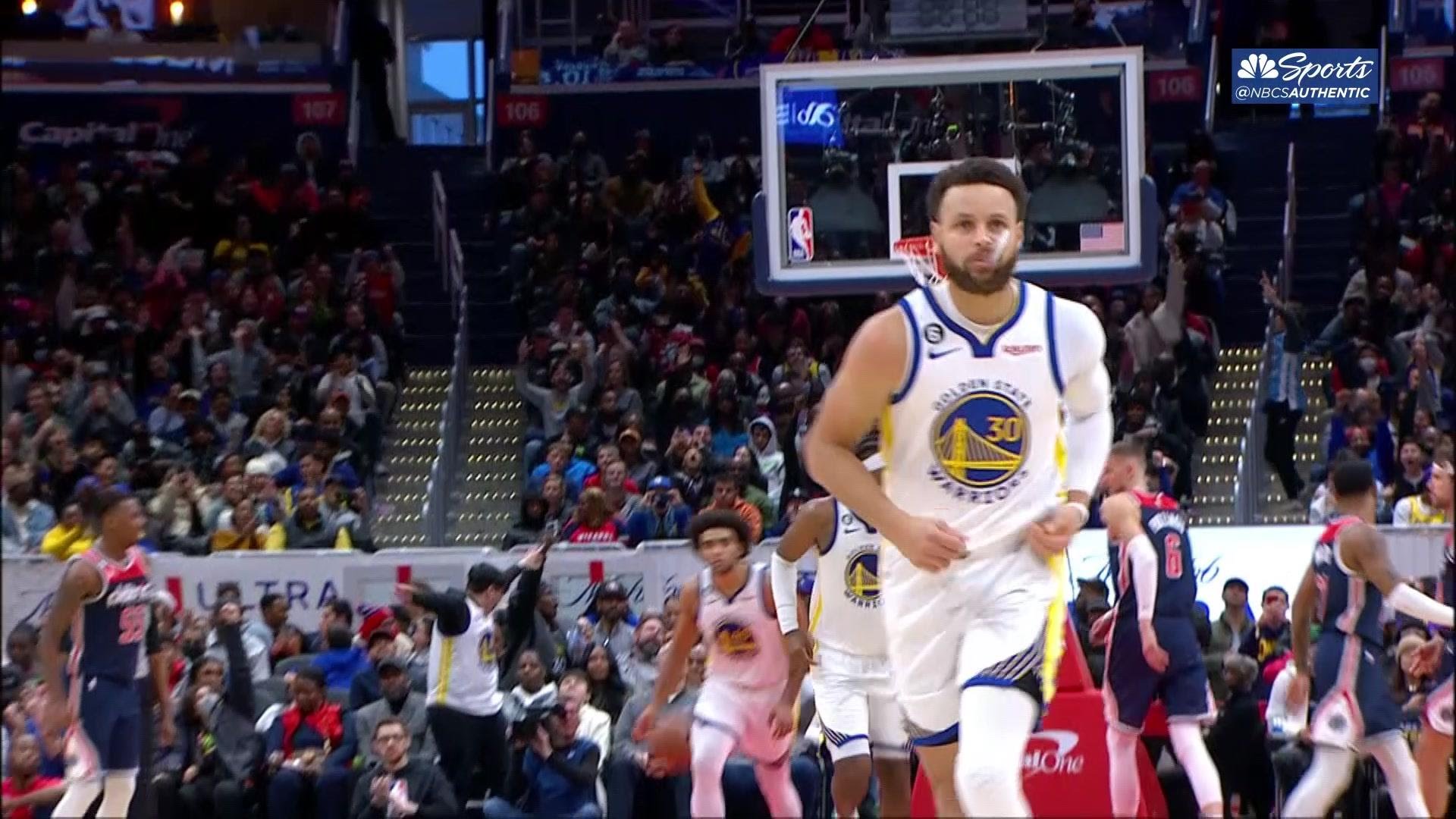 It was close for almost the entirety of the Warriors-Wizards game. Then the Warriors went on a 29-12 run in the fourth quarter and took control to win 127-118.

Stephen Curry scored 41 points and Jordan Poole added 32 points to help the wobbling Golden State Warriors to a 127-118 win over the Washington Wizards on Monday.

Golden State had lost four of five coming into the game.

Kristaps Porzingis led Washington with 32 points. Kyle Kuzma added 16 points, 11 rebounds and five assists, but struggled from the field, where he was only 5 for 20.

“I thought that late surge was great,” Green said. “At times, I thought we were doing a pretty good job and it wasn’t falling our way. They were hitting crazy shots. But we stuck with it.”

The Wizards reached their biggest lead of the night, 89-80, following a Deni Avdija layup with 4:33 to play in the third quarter. But the Warriors quickly closed back within two points at 93-91 on a Curry 3-pointer, then tied the game on an Anthony Lamb layup.

Neither team maintained a lead for more than a spurt through the first three quarters, which had 12 ties and 12 lead changes and finished tied, 93-93.

Three players dominated the first half. Poole scored 26 points on 10 for 13 shooting, Curry added 21, and Porzingis scored 25 points, his most for a game in January, in the first two quarters. Only Porzingis reached double figures for the Wizards in the first half. He was held to seven points in the second half.

“They started to wear on him,” Wizards coach Wes Unseld Jr. said. “Draymond is one of the best defenders in the league for a reason.”

Washington led by six at one point, Golden State by seven, before the first half ended with the Warriors ahead 69-64.

Both coaches were reverent when asked pregame about playing on Martin Luther King Jr. Day.

“Think about a guy, 35 years old, it really puts things in perspective from where I sit,” said the 47-year-old Unseld. “His ability to command a movement, to change things socially, around the world, not just in this country. Those things take time. Still a work in progress.

“But dramatically different than it was one generation ago. Things that I take for granted, my parents couldn’t do. Not only because it wasn’t safe to do, it wasn’t legal. To put that in perspective is really mind-blowing.”

Kerr said he is always excited to see “American history” right in front of him during visits to the nation’s capital. This trip included playing on the holiday and visiting the White House in succession.

“We try to preach perspective a lot with our players, but we all get wrapped up in the season and the results of every game, sometimes they seem so important,” Kerr said. “It’s good to have a couple days like this where you’re reminded of what’s really important and how lucky we all are to be doing what we’re doing.”