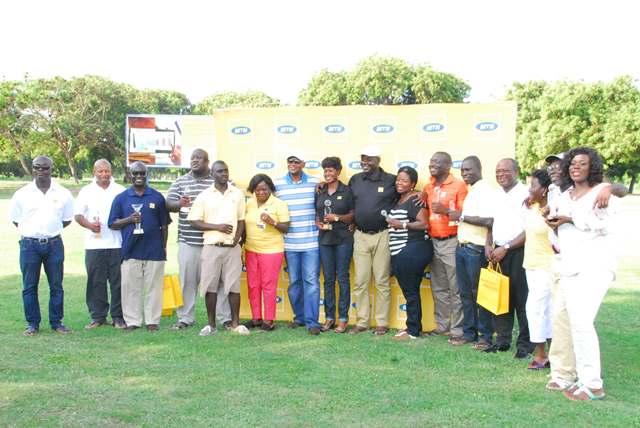 Mrs. Mary Krouborg and K. Ligbidi emerged winners in the ladies and men Group A in the 6 edition of the MTN CEO invitational golf tournament played at the Celebrity Golf Club over the weekend.

Chief Executive Officer of MTN Ghana, Serame Taukobong who was the host of the day thanked the golfers for honouring his invitation and contributing to making the day a success.

He congratulated the winners and thanked the organisers and executives of the Celebrity Golf Club for allowing them to use their facility for the tournament.

He said it is always important to take time off busy schedules, change environment and engage in an activity that will keep them relaxed after a stressful week.

The CEO explained that the invitational tournament is very important to MTN because it is through such interactions that they are able to reach their customers and get feedback for their services.

He added that the tournament will be replicated in all golf courses across the country to give the game the needed boost and attention.

“We hope that this event and more events will really push Ghana golf up,” Mr. Taukobong prayed.

Emmanuel Sakyi, Business Segment Manager of MTN was equally excited with participation and competition as he pledged MTN’s continued support for golf and indeed sports as a whole in this country.

“Next time it’s going to be bigger and bigger. Golf is something that is very special, it has a lucrative audience so it’s something we are committed to. I’m glad that you all came today, it’s been a wonderful day. Thanks for being with MTN,” Mr. Sakyi said.