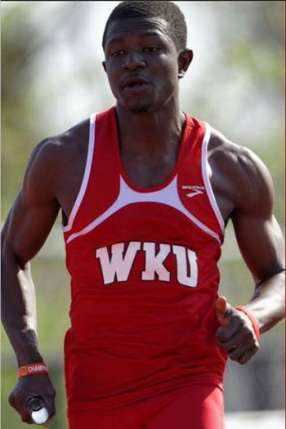 The US College based Ghanaian young sprinter ran his personal best in the early rounds but just came short of qualifying for the 200 metre final by .01 seconds.

Emmanuel Dasor finished ninth in the 200-meter dash Thursday night at the IAAF World Junior Championships with a time of 20.75 seconds at Hayward Field in Eugene, Ore.

During the heat stage of the 200-meter dash on Thursday morning, Dasor also clocked 20.75 seconds to win his heat and enter the semifinals seeded fourth. He repeated his effort in the semifinal  stage but missed out on qualifying for Friday’s finals by .01 seconds.

A Track and Field freshman at the Western Kentucky University in the USA, Dasor represented his native country, Ghana, at the World Junior Championships and placed ninth out of 68 of the fastest junior runners in the world.

During his freshman season at WKU, Dasor was a First-Team All-American after running the third leg of WKU’s relays that both finished Top 5 at the 2014 NCAA Outdoor Track and Field Championships.

Individually, Dasor as an NCAA East Regional qualifier in the 100-meter dash and finished his rookie season with the fifth-fastest 100 (10.24) and 200-meter dash (20.60) times in school history.