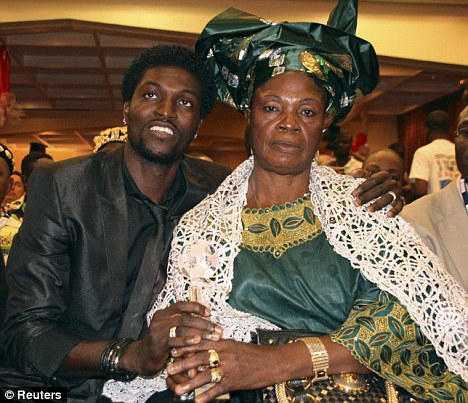 Alhaji Muniru is not new to family feuds as he publicly had issues with his son after the Milan player disregarded his pre-World Cup advice to stay out of trouble.

Sulley Muntari was suspended indefinitely from the team after slapping an official of the Ghana Football Association during the Mundial.

“I personally feel they should have all settled the issues within closed doors without it becoming public knowledge, things will be more difficult now. I will like to add that my son Muntari is doing his best to take care of me and whatever issues we have we try to settle like a family, I have never lacked anything, all I can say is Alhamdulillah (Thanks to God),” the former El-Kanemi Warriors coach is quoted to have told SR Sports.

Adebayor’s issue with his mum has become one of the most discussed recently and it continues to polarise opinions.

The Togo captain apparently sent his mother packing from his house over a year ago and has not set eyes or spoken with her since.

Adebayor’s sister called Maggie told a radio station in Accra that the footballer has abandoned their mother and family and won’t even respond to calls from his mother whom he has not seen in over a year.