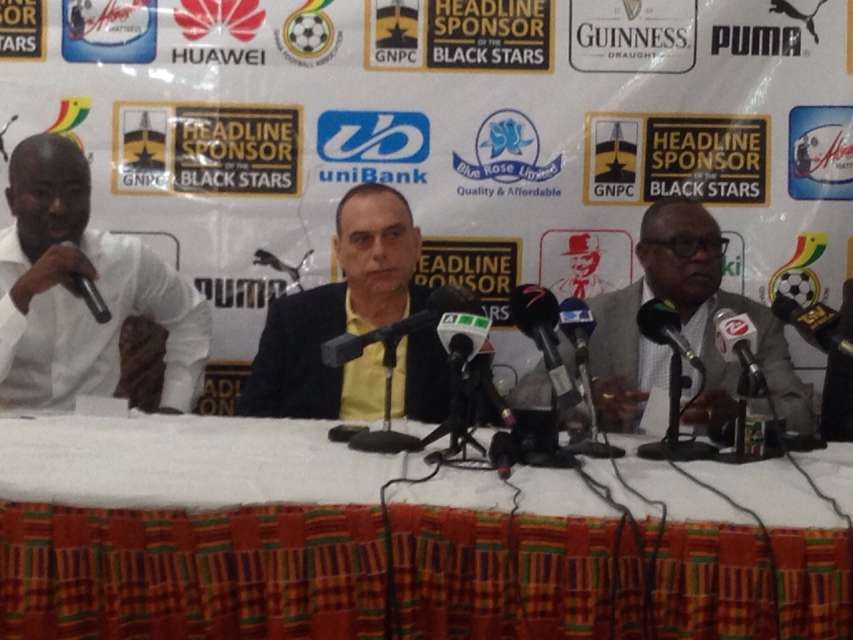 Avram Grant made a few surprises in his AFCON squad

Ghana coach, Avram Grant says he is confident the Black Stars can emerge from the ‘group of death’ at the 2015 Nations Cup in Equatorial Guinea.

The Black Stars have been drawn against two of the top ten ranked African national teams, Senegal and Algeria as well as the South Africa who were superb during an unbeaten qualifying campaign.

Grant said: “It is not an easy draw. It is the group of death. They are very good teams. S.A qualified unbeaten. Senegal is a good team. I saw two of Algeria’s games at the World Cup and they were very good. It will be difficult for us but it will be very difficult for our opponent too.”

The Ghana Football Association has said the target for Grant is “to do well” at the Nations Cup and Grant says he likes the long term view.

“The association doesn’t only think about the short term but long term. I am happy there is the long term view. In short term we have the African Cup. I have a short time to know the players. The target as far as I know is not 2015 but I will do everything to win every game. I think the most important thing is to do well; build up the football side of the national team,” he added.

The former Chelsea boss said he will thrive to make the Black Stars attractive: “I believe in good football and good football means good technique but you need balance. The quality is here. If you look at the quality in this team the players know their lot so we will try to play attractive football. My theory is that we need balance. That when we lose the ball we don’t concede goals,’’ he stressed.

‘’I am here for two years and three months and hope everybody will be happy with me. In the meantime we have targets and I hope I can achieve them so we continue,” Granted opined.