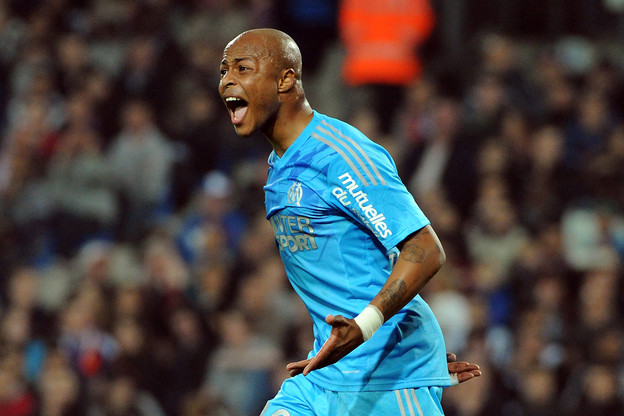 Ghanaian midfielder Andre Ayew is not ruling out signing a contract extension with current club Marseille, despite reported interest from the Premier League and Serie A.

The 24-year-old is out of contract next summer, and is coveted by a number of English teams, including Newcastle United, while Napoli reportedly had an eight million-euro bid for the forward rejected last summer.

However, Ayew, who returned from injury to score in Marseille’s 3-1 win over Metz on Sunday evening, said he could yet put pen to paper on a new deal at the Stade Velodrome.

He told reporters: “Why not? The president knows the ball is in his court. Why not? I feel good at OM. I have experienced everything here. The club has given me a lot. It’s true that I have also given a lot to the club. Why not continue the adventure? It’s all up to the club as I am the one who is out of contract.”